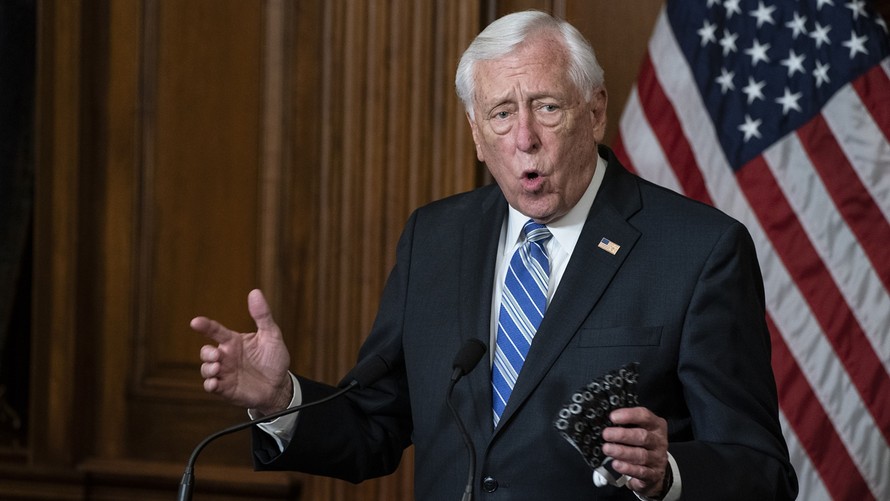 The No. 2 Democrat in the House of Representatives said Tuesday that he’s optimistic about the party’s chances for re-taking the Senate in November, after losing control of it in the 2014 elections.

Speaking to reporters on a conference call, Majority Leader Steny Hoyer, a Democrat who has represented southern Maryland since 1981, responded to attacks by Senate Majority Leader Mitch McConnell on plans to let members vote without being physically present. “Proxy voting” has been opposed by Republicans, who say it’s unnecessary and reflects a procedural power grab by Democrats.

McConnell last week made fun of the Democratic-run House’s prolonged absence since the outbreak of the coronavirus causing the disease COVID-19. House Speaker Nancy Pelosi has been reluctant to bring back the chamber’s 432 lawmakers.

“At this point, I’m wondering if we should send senators over there to collect their newspaper and water the plants,” McConnell said.

McConnell said the proxy plan, which allows absent members to give their “yes” or “no” votes by proxy on specific votes to other members who are present, ran afoul of the Constitution.

“There will be enormous constitutional questions around anything the House does if they fail to demonstrate a real quorum but plow ahead anyhow,” the Kentucky Republican said.

“Ninety-eight people vote by proxy” in those situations, Hoyer said. “They call it ‘unanimous consent,’ but what that means is two people are voting for the 100.”

House Republicans were planning to file a lawsuit in an effort to block the chamber’s new system of voting by proxy, said a Wall Street Journal report on Tuesday . The suit alleges that the new approach is unconstitutional, while Democrats have said the Constitution gives the House the ability to write its own rules.

McConnell on Fox News last week said the pandemic has had little impact on the Senate elections.

“The races haven’t changed that much. This was always going to be a challenging cycle,” he said.