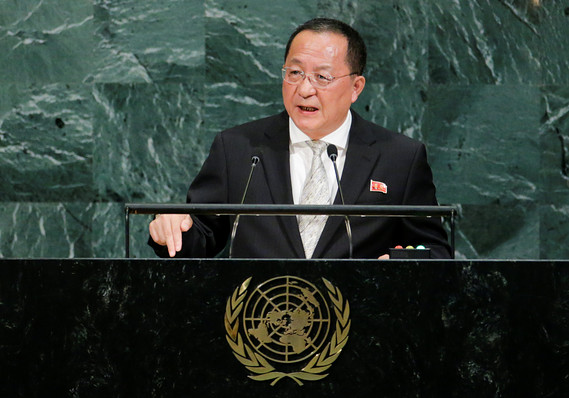 North Korea’s foreign minister said Monday the U.S. had declared war on North Korea and his country considered all possible responses to be on the table.

Ri Yong Ho, speaking to reporters in New York, said North Korea now has “every right to make countermeasures, including the right to shoot down U.S. strategic bombers, even if they are not yet inside the air-space border of our country.” U.S. warplanes on Saturday flew near the North Korean coastline north of the demilitarized zone between North and South Korea.

Ri said North Korea interpreted recent remarks by President Donald Trump as a declaration of war. In a Twitter message on Saturday, Trump said North Korea’s leadership would “not be around much longer” if it attempted to take action against the U.S. or its allies.

Ri said if North Korea takes action against U.S. warplanes, “The question of who will be around much longer will be answered then.”

Most popular on WSJ.com

U.S. has options as tension with North Korea escalates