Number of U.K. COVID-19 deaths surpass 40,000—underscoring country’s status as one of the worst-hit

Only the U.S. has more deaths from the illness at 108,496, according to Johns Hopkins data 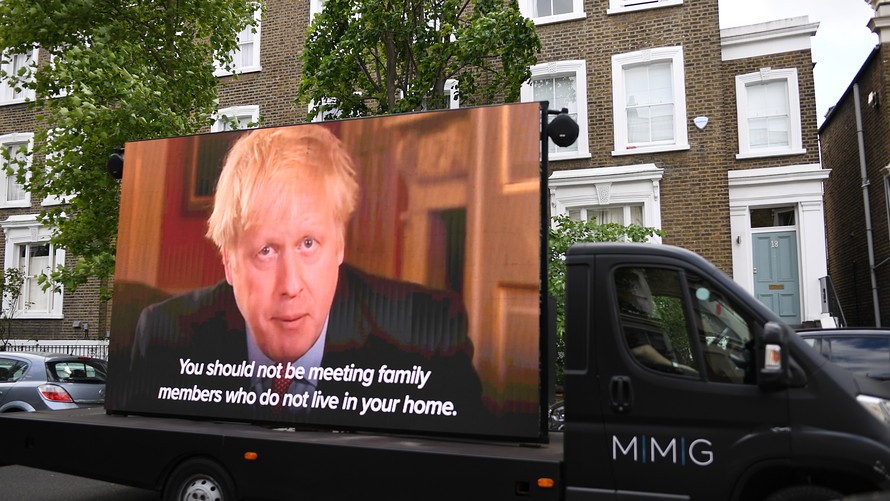 Getty Images
A TV screen is installed in the street outside the home of Dominic Cummings, Chief Advisor to Prime Minister Boris Johnson, by political campaign group 'Led By Donkeys', on May 24, 2020 in London, England.

The U.K. department of health said Friday that the number of deaths after positive coronavirus tests jumped to 40,261 as of June 4, confirming the country’s position as one of the worst-hit in the world by the pandemic.

“This is a time of sorrow,” Health Secretary Matt Hancock said in a videoconference briefing late Friday. Those remarks might seem in conflict with the sometimes optimistic outlook of Prime Minister Boris Johnson, who has expressed an eagerness to speed up an unwind of the restrictions still in place for businesses and individuals intended to curtail the spread of the virus.

The official number of deaths, underestimates the real impact of the pandemic on the U.K., experts say. It doesn’t take into account patients who have died of COVID-19 without having been tested for the deadly infection, as the U.K.’s Office for National Statistics has shown.

According to official numbers, more than 46,000 excess deaths were recorded in the country, compared with a five-year average, in the period from March 7 to May 1 alone. Most of these were due to undiagnosed cases of the illness derived from the novel strain of coronavirus, the ONS estimates.

Government officials also said Friday that the so-called “R number” — the average number of persons infected by one carrier of the pathogen—has gone up in recent weeks in England, with the northwest region of particular concern.

The virus has infected 6.6 million people world-wide and claimed nearly 400,000 lives after being first identified in December, according to data compiled by Johns Hopkins University as of June 5 . According to that report, the U.K. ranks behind only the U.S., with 108,496 deaths. Brazil has the third-most fatalities from the illness at 34,021.

The persistence of the disease in the U.K. is likely to strengthen the case of scientists and politicians who have raised alarms about the government’s at-times contradictory guidance on withdrawing elements of the general population lockdown.