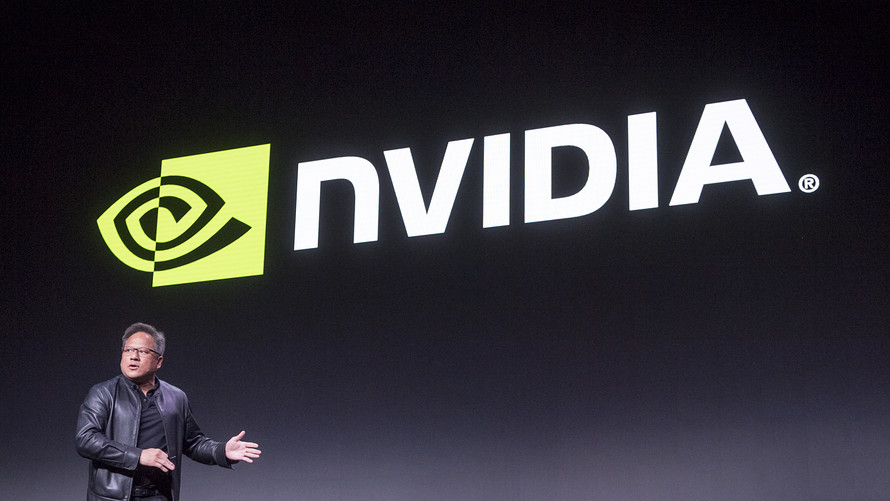 Bloomberg
“The primary driver for growth is AI,” Nvidia Corp. Chief Executive Jensen Huang said about a big beat on data-center sales in the quarter.

Outsize data-center gains in the fourth quarter made up for a small shortfall in gaming sales. Nvidia reported a 56% gain in gaming sales from a year ago to $1.49 billion, while analysts had forecast $1.52 billion, versus a 43% surge in data-center sales to a record $968 million, more than $140 million above the Wall Street consensus of $825.8 million.

“The primary driver for growth is AI,” Nvidia Chief Executive Jensen Huang said about data-center sales on a conference call Thursday. Huang told analysts that AI is being driven by four areas: recommendation, which is a more personalized version of search; inference, where a system applies rules to a database to deduce new information; public cloud and vertical industries; and edge AI, or running AI processing on a device without a cloud connection.

Analysts surveyed by FactSet had forecast earnings of $1.67 a share on revenue of $2.96 billion.

“Nvidia had an incredible quarter with record revenue in many places,” said Patrick Moorhead, principal analyst at Moor Insights & Strategy. “Key drivers were PC gaming, driven by RTX and SUPER lines; data-center, driven by cloud giants with machine learning; and even growth in professional visualization.”

The company expects revenue of $2.94 billion to $3.06 billion for the first quarter, while analysts had forecast revenue of $2.85 billion. Nvidia said its revenue outlook accounts for a $100 million reduction from original estimates due to expected headwinds from the COVID-19 coronavirus outbreak.

On the call, Chief Financial Officer Colette Kress said it’s still too early to foresee the impact from COVID-19 but the figure was calculated by splitting supply challenges and overall demand against both gaming and data-center sales. China accounts for about 30% of gaming sales and the outbreak could depress gaming sales by low double-digits sequentially, Kress said, while data-center sales from China tend to vary from quarter to quarter and are more difficult to determine.

Read: Nvidia earnings: A return to revenue growth expected after a tough year