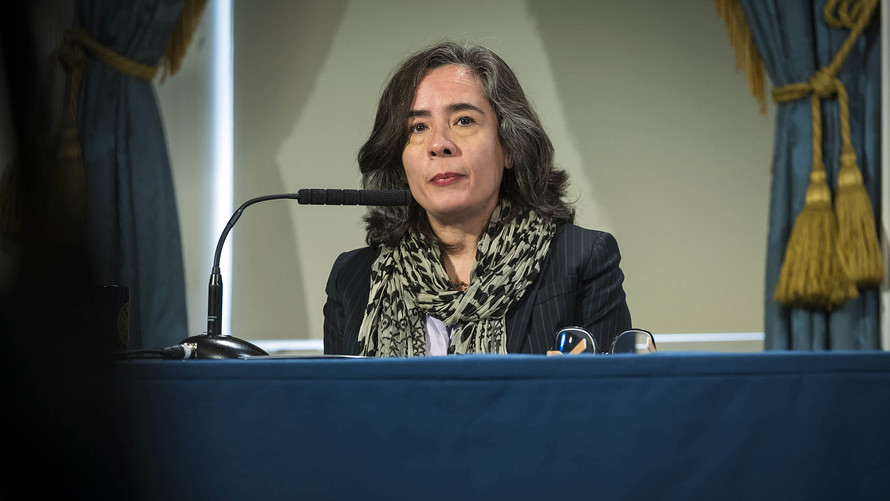 New York City’s health commissioner, Dr. Oxiris Barbot, a leading figure in what was once the national epicenter of the coronavirus outbreak, abruptly resigned on Tuesday morning,

Her departure from the Department of Health and Mental Hygiene follows a souring relationship with Mayor Bill de Blasio, which was apparent in her absence from City Hall’s daily news briefings on the pandemic and the mayor’s decision to turn over test and trace operations to the public hospital system despite the Health Department’s experience doing such work.

Barbot, in announcing her leave, praised her team at the department as a “beacon” leading the city during the pandemic. But she said city leadership must better utilize the department’s expertise alongside other agencies to “successfully brace against the inevitable second wave.”

“I have every confidence that you, the committed individuals of this agency, will continue to dedicate yourselves to protecting the health of all New Yorkers during this unprecedented public health emergency,” she wrote in a letter to department staff. “The moment demands it without distractions.”

De Blasio convened a news conference within an hour of receiving her resignation letter to announce that Dr. Dave A. Chokshi, chief population health officer at Health + Hospitals, the city’s public hospital system, would take over the city’s Health Department.

“The commissioner made the decision. I received her letter a little over an hour ago, but it has been clear certainly in recent days that it was time for a change, and it’s really about how we move forward,” de Blasio said at the briefing in response to a journalist’s question. Her departure wasn’t over any one issue, he said.

The mayor and Barbot have run into disagreements since the beginning of the crisis, starting with the pace of the shutdown and then later over how to handle contact tracing and testing in the city. In her letter of resignation, provided to the New York Times, she said she left with “deep disappointment” that the department’s expertise was sidelined during the public health crisis.

Despite the infighting, the city has managed to get its COVID-19 outbreak under control, unlike much of the rest of the country. Of the tens of thousands of tests administered in the city, only 1% are coming back positive, according to Tuesday’s data. The state has reported zero deaths in New York City from COVID-19 for three days in a row.

Also see: U.S. closes in on 5 million coronavirus cases: ‘Too many people are selfish’

The mayor said the change in leadership provided an opportunity for greater unity among the city agencies at the helm of the pandemic response. It’s especially important, given the monstrous challenges on the horizon, including the public schools reopening in September, the potential for a second wave and the coming flu season.

“We need an atmosphere of common purpose and people really focusing on all the parts of this government working together, whether it’s the Department of Health and Mental Hygiene, health and hospitals, DOE [the Department of Education] is going to play a crucial role — all of it,” de Blasio said. “Dave (Chokshi) is the right person to bring us forward.”

The departing commissioner made equitable health care and access for low-income and minority communities the centerpiece of her tenure at the department, which she led as first deputy commissioner from 2014 before taking the top post in 2018.

Chokshi painted himself similarly as a champion of fair access to health care in comments on Tuesday. He’s a practicing primary care physician at Bellevue Hospital, and previously served on the FEMA delegation to New York City following Hurricane Sandy and worked as a special adviser to former health commissioner Thomas Farley.

“This epidemic is only the most recent example of the vicious cycles of illness and inequity that I’ve seen over my career,” Chokshi said, adding that it “further forges my conviction that we build toward better health systems.”

In a tweet on Tuesday, Tom Frieden, former director of the U.S. CDC and a past commissioner of New York City’s health department, praised Barbot for her dedication to getting health care to people in need.

Also read: This New York City medical ethicist has never been so busy

“We will be safer when our health department is allowed to lead the public health response to COVID and other threats,” he said.

“It’s a disruption that we certainly don’t need,” Levine said, adding that she pushed the opinions of scientific experts even when they weren’t popular. “She was that kind of leader consistently and fearlessly.”

The council member said he had not yet met Chokshi, but was impressed by his résumé. “I’m hopeful he’ll be good for the department.”