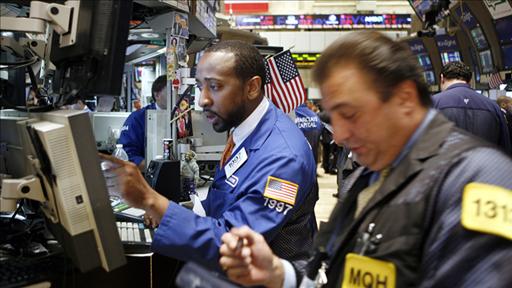 Stocks fall as weaker-than-expected readings on housing and industrial production combine with a negative outlook from technology giant Hewlett-Packard.

“With Nasdaq (NAS:NDAQ)  and ICE (NYS:ICE)  out of the picture, it’s highly unlikely that another suitor for NYX will emerge; it’s also unlikely that Deutsche Boerse (FRA:DE:DB1)   (OTC:DBOEY)  will increase its own offer,” the analysts wrote in their note.

In the broader financial sector, the Financial Select Sector SPDR exchange-traded fund (PSE:XLF) , which tracks the financial stocks in the S&P 500, recovered from an early slump, inching up 0.2%.