Financials rose following reports that Berlusconi plans to resign after the country’s 2012 budget is approved. Read more on Berlusconi.

Earlier, the prime minister’s budget narrowly passed a key parliament vote but did so without majority support. The lack of a majority was expected to lead to a confidence vote for Berlusconi’s government or his resignation, as Europe’s third-largest economy struggles to avoid a debt crisis like the one wracking Greece. 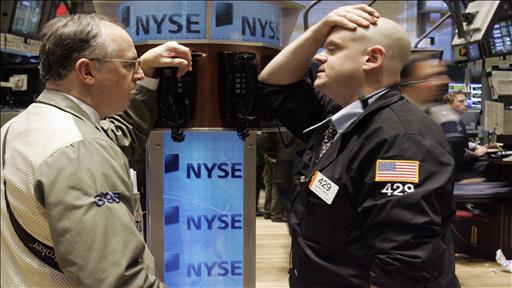 Wall Street will see lower bonuses this year. What will the smaller payouts mean for the financial sector and the economy?

Close behind were shares of NYSE Euronext , which rose 3.5% in recent activity. The exchange operator, in line to merge with Germany’s Deutsche Boerse (OTC:DBOEY) , stands to gain from resolution of Europe’s problems. Shares of Principal Financial Group Inc. (NAS:PFG)  also finished 3.5% higher.

“This is all based on a reaction to the news,” said Doug Roberts, chief investment strategist for Channel Capital Research. “Tight positions and negative sentiment for financials have developed over the past four to five months.”

Conversely, a game changer for the sector could be any indication from Federal Reserve officials that a third round of quantitative easing is in the works, Roberts said.

Financials ranked as the best-performing sector out of the 10 making up the S&P 500. Collectively, financial stocks were up about 1.9%, with the second best sector going to energy stocks, which closed up 1.4%.