Obamas to remain in Washington post-presidency — at least initially 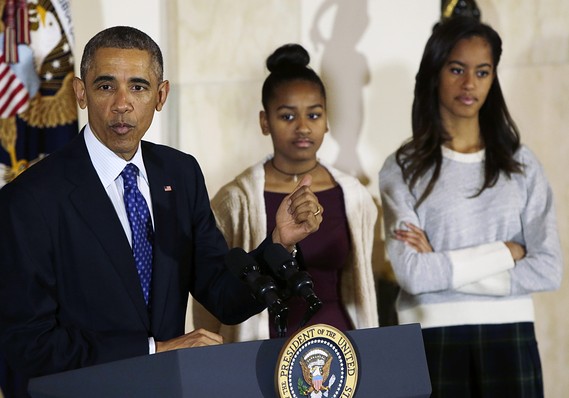 WASHINGTON (MarketWatch) — President Barack Obama on Thursday said he and his family plan to remain in Washington, D.C., after he leaves the White House, at least until his youngest daughter Sasha has finished high school.

At a lunch in Milwaukee with five letter writers to the White House, Obama was asked where he would live when he left the presidency in January 2017. “We’re going to have to stay a couple of years so Sasha can finish [high school],” Obama replied.

“Transferring someone in the middle of high school — tough,” he said.

This is the clearest the president has been about his future residency. There has been talk that the Obamas, whose permanent residence is in the Hyde Park–Kenwood section of Chicago, near which the Obama presidential library is to be located, were mulling a move to New York City or California.

Sasha will be a sophomore when Obama leaves office. The president’s older daughter, Malia, will graduate from high school this summer.