O’Brien says Trump wants to come back to White House 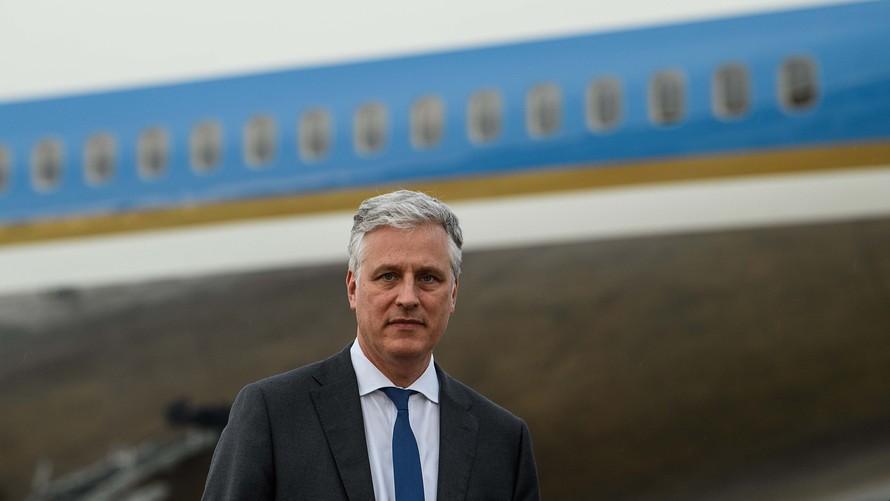 AFP via Getty Images
Nationa-security adviser Robert O'Brien on the tarmac of Andrews Air Force Base in Maryland after stepping off Air Force One on Sept. 25.

President Donald Trump is “doing very well” and is eager to return to the White House, his top national-security aide said Sunday.

Robert O’Brien, the national-security adviser, told reporters that he had not spoken directly to the president on Sunday but had talked with Mark Meadows, the White House chief of staff.

“He said the president is doing very well and, not surprisingly, wants to come back home,” O’Brien said.

Trump’s team of doctors at Walter Reed National Military Medical Center said they were hopeful that Trump could return to the White House on Monday.

O’Brien said a transfer of power to Vice President Mike Pence is not “on the table right now.” He said the White House was prepared for any contingencies related to the president’s health. “We have plans for everything,” he said.

“So far, the president is in great shape, [and] he’s firmly in command of the government of the country,” O’Brien said.

The president, O’Brien said, was set to receive a briefing from his foreign-affairs team including Secretary of State Mike Pompeo this afternoon

Trump was flown Friday evening by helicopter to Walter Reed in Bethesda, Md.

Concerns about the president’s health status have lingered despite two briefings from Dr. Sean Conley, the White House physician.