Slower pace of growth in 2016 the most likely scenario 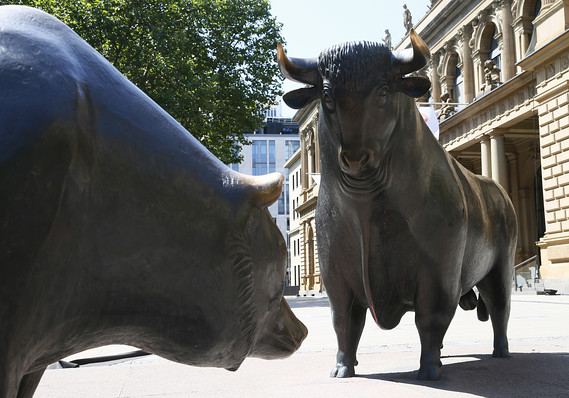 Bloomberg
Wall Street is more bullish than bearish on the U.S. economy. But no one thinks growth is ready to charge foward.

Wall Street honchos think the risk of U.S. recession has risen, but they say the odds of a downturn in 2016 are still remote.

In the past few days, several large investment banks reiterated their view that the chance of a recession are low. The U.S. economy has slowed, they acknowledge, but healthy job gains and stable consumer spending are likely to keep growth on a moderate path.

UBS said its credit-risk model, at 23%, is well below the level associated with recessions. The bank’s recession gauge typically reaches around 50% when the economy starts to go sour.

Goldman Sachs puts the odds of recession at less than 20%. “The risk of a US recession, while higher than a year ago, is still below the historical average,” Jan Hatzius, the bank’s chief economist, wrote recently.

Jamie Dimon, the CEO of J.P. Morgan, told Wall Street analysts he doesn’t see a recession this year even though corporate profits have weakened considerably. He also pointed to steady consumer spending as reflected by record car sales.

Joseph Lavorgna, chief U.S. economist at Deutsche Bank, believes the odds of a downturn are higher than those offered by many of his peers. He predicts an extended bout of slower growth that’s closer to 1% than 2%.

Fresh worries about a recession were stoked in January and February by big losses in stock markets and slower growth in the U.S. and world economies. Even officials at the Federal Reserve showed more concern than a few months prior.

Yet stock prices have stabilized and most economic indicators suggest the U.S. remains on a steady if unspectacular growth track.

“While we did see a moderation in economic growth at the end of 2015, it would be unwise to assume that the next U.S. recession is just around the corner,” wrote Gregory Daco, head of macroeconomics at Oxford Economics.