Officer who shot Michael Brown will not be charged, prosecutor says 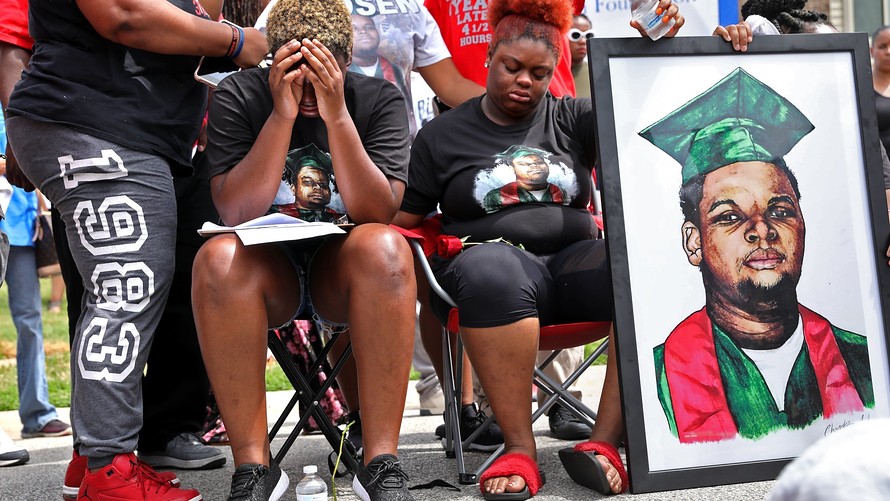 CLAYTON, Mo. (AP) — St. Louis County’s prosecutor announced Thursday that he will not charge the former police officer who fatally shot Michael Brown in Ferguson, Missouri, a dramatic decision that could reopen old wounds amid a renewed and intense national conversation about racial injustice and the police treatment of people of color.

Prosecuting Attorney Wesley Bell’s decision marked the third time prosecutors investigated and opted not to charge Darren Wilson, the white officer who fatally shot Brown, a Black 18-year-old, on Aug. 9, 2014. A St. Louis County grand jury declined to indict Wilson in November 2014, and the U.S. Department of Justice also declined to charge him in March 2015.

“My heart breaks” for Brown’s parents, a somber Bell said during a news conference. “I know this is not the result they were looking for and that their pain will continue forever.”

Describing the announcement as “one of the most difficult things I’ve had to do,” Bell said that his office conducted a five-month, unannounced, review of witness statements, forensic reports and other evidence.

“The question for this office was a simple one: Could we prove beyond a reasonable doubt that when Darren Wilson shot Michael Brown he committed murder or manslaughter under Missouri law? After an independent and in-depth review of the evidence, we cannot prove that he did,” Bell said.

But, he said, “our investigation does not exonerate Darren Wilson.”

Wilson’s attorney, Jim Towey, said it was clear after three investigations that Wilson did nothing wrong.

“We all had the same conclusion: There was no crime,” Towey said.

“I am just hoping that everybody gets to have some closure, particularly the Brown family,” he said.

The shooting touched off months of unrest in Ferguson and made the St. Louis suburb synonymous with a national debate about police treatment of minority people. The Ferguson unrest helped solidify the national Black Lives Matter movement that began after Trayvon Martin, a Black 17-year-old, was shot to death by a neighborhood watch volunteer in Florida in 2012.

The issue has taken on new life since George Floyd’s death in Minneapolis in May after a white police officer pressed his knee into the handcuffed Black man’s neck for nearly eight minutes. Ferguson is among the cities around the world that has seen protests since Floyd’s death.

“This is a time for us to reflect on Michael’s life, to support Michael’s family and to honor a transformative movement that will forever be linked to his name,” Bell said.

Brittany Packnett Cunningham, a Ferguson protester and educator who has become a national voice in the Black Lives Matter movement, said she is pained “that there is still a gaping wound” for Brown’s family. She said she knows that the system must change.

“I’m not disappointed — I’m fed up and ever more committed, truth be told,” Cunningham said.