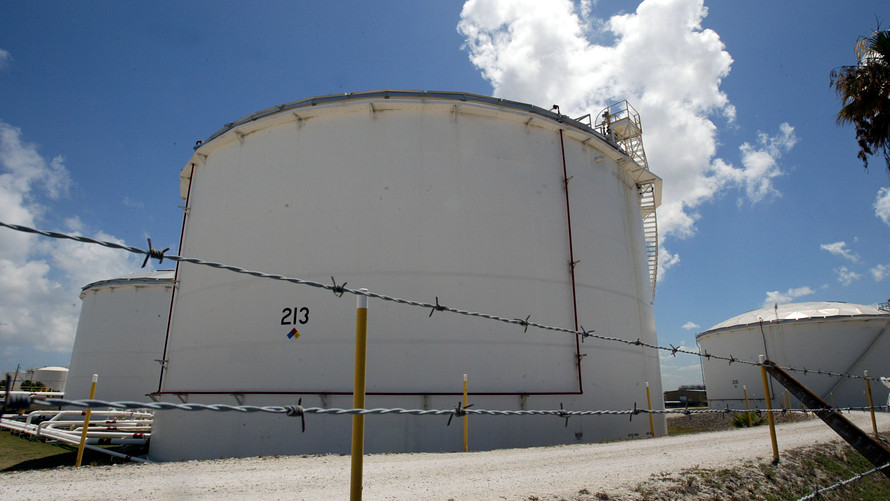 Oil futures declined on Wednesday, settling at their lowest in about a week, as a report that President Donald Trump is considering easing sanctions on Iran raised the possibility of the return of the country’s crude to the world market.

The move comes a day after Trump announced that U.S. National Security Adviser John Bolton, who had argued to push Iranian oil exports to zero, stepped down.

“Part of that very well could be that Trump’s keenly focused on the health of the U.S. economy and multiple foreign policy measures, including Iran sanctions, are acting as a headwind on U.S. consumer spending as oil prices, and ultimately prices at the pump, would be lower if sanctions were lifted,” he said.

West Texas Intermediate crude for October delivery fell $1.65, or 2.9%, to settle at $55.75 a barrel on the New York Mercantile Exchange—the lowest for a front-month contract since Sept. 3, according to Dow Jones Market Data. November Brent crude lost $1.57, or 2.5%, to $60.81 a barrel on ICE Futures Europe, the lowest finish since Sept. 4.

A big weekly drawdown in U.S. crude supplies had provided some support for prices early Wednesday. But Tariq Zahir, managing member at Tyche Capital Advisors, said he expects “supply will come online big time in the fourth quarter and first quarter” and that longer term, prices will have a hard time rallying as demand tends to be weaker at that time of year. “And if a trade deal doesn’t happen, then [the market will see] even weaker demand globally,” he said.

The Organization of the Petroleum Exporting Countries on Wednesday lowered its forecast for global oil-demand growth in 2019 and 2020, citing weaker-than-expected data in the first half of this year from various global demand centers and slower economic growth projections

Also on Wednesday, the Energy Information Administration reported that U.S. crude supplies fell by 6.9 million barrels for the week ended Sept. 6. That marked a fourth weekly decline in a row. On average, analysts polled by S&P Global Platts forecast a fall of 3.6 million barrels, while the American Petroleum Institute on Tuesday reported a drop of 7.2 million barrels.

“A tick higher in refinery runs and a dip lower in imports has yielded a solid draw to crude inventories — now down 69 million barrels, or 14%, from the high of the year in early June,” said Matt Smith, director of commodity research at ClipperData. “Crude exports once again have come in above three million barrels per day, which is starting to look like the norm now that Permian pipelines have started up to Corpus Christi.”

Read: Why U.S. crude has outpaced gains for the international benchmark this year

The data, however, revealed “only a nominal decline in gasoline inventories and surprising build in distillate stocks; a bearish set of numbers that largely offset the crude headline,” Richey told MarketWatch.

Oil traders on Tuesday digested the EIA’s decision to cut its U.S. and global benchmark crude-price forecasts for this year and next.

Meanwhile, October natural gas  fell 2.8 cents, or 1.1%, to $2.552 per million British thermal units, ahead of the EIA’s update Thursday on supplies of the fuel. Analysts polled by S&P Global Platts expect the government agency to report a weekly rise of 87 billion cubic feet in natural-gas stockpiles.