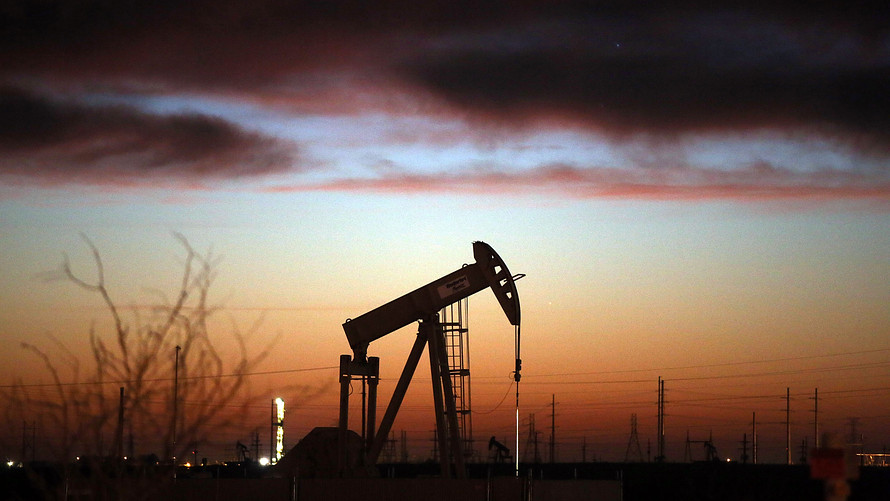 Oil futures fell sharply Wednesday, leaving the U.S. benchmark with its lowest close in 10 weeks after data showed an unexpected and surge in U.S. crude inventories.

The Energy Information Administration said crude inventories rose 6.8 million barrels in the week ended Aug. 10. Analysts surveyed by The Wall Street Journal had forecast a fall of 2.4 million barrels. Futures had been nursing losses ahead of the EIA data after the American Petroleum Institute late Tuesday said stocks had risen by 3.7 million barrels. Oil stored in Cushing, Okla., the delivery hub for Nymex futures, rose by 1.6 million barrels, the EIA said.

“Prices have been on a downward trend after the release of the API data on Tuesday afternoon. The confirmation by the Energy Information Administration drove prices lower as traders continue to monitor the situation between the United States and Turkey,” said Alfonso Esparza, an analyst at Oanda, in a note.

Indeed, concerns about Turkey and the possibility that spillover effects from the country’s currency crisis could affect global growth and demand for crude have been cited as a weight on overall commodity prices. A stronger dollar /zigman2/quotes/210598269/delayed DXY +0.03%  has also contributed to pressure.

Turkey imposed tariffs on imports of U.S. goods, retaliating for an increase on tariffs on Turkey steel and aluminum. The move undercuts hopes for an easing of tensions between Ankara and Washington which have been seen exacerbating Turkey’s currency crisis.

“Now, in a pre-Turkey contagion raging market, we would probably shake off and look beyond this report to the overall big picture bullish market fundamentals. Yet, the fears surrounding Turkey are on fire this morning and it may take a political event to stop the fear,” said Phil Flynn, senior market analyst at Price Futures Group, in a note.

It wasn’t all bearish news in the EIA data. Gasoline inventories fell by 740,000 barrels versus a forecast for a drop of around 500,000 barrels. Distillate stocks, including heating oil and diesel fuel, however, rose by 3.6 million barrels versus forecasts for a rise of 700,000.