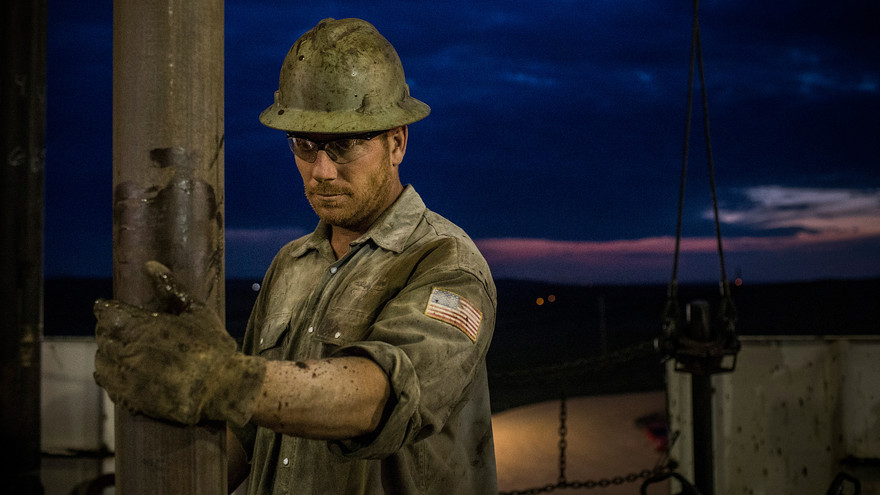 Oil futures finished higher on Monday, recouping much of the losses seen at the end of last week, as traders weighed the likelihood of a slowdown in production and took their positions for the expiration of the April contracts for West Texas Intermediate crude.

Prices had been seesawing between losses and gains before getting a more solid boost after data from market intelligence firm Genscape reportedly showed that stockpiles at the crude storage hub of Cushing, Okla., fell by 570,574 barrels last week. That may “add a bit of breathing room for storage levels there,” said Robbie Fraser, commodity analyst at Schneider Electric.

Read: Don’t bet on a rapid recovery for oil prices

“Signs of lower production in recent months are encouraging the bulls to believe that rebalancing in the oil market is under way,” Matt Smith, director of commodity research at ClipperData, said in a note. Output increases from areas such as Russia and the North Sea have been “dwarfed” by production losses from Brazil, North America, and the Organization of the Petroleum Exporting Countries, he said.

Read: OPEC oil output falls 90,000 barrels a day in February, according to Platts

But on Friday, Baker Hughes  reported that the number of active U.S. oil-drilling rigs increased by 1 to 387 to mark the first rise this year, though total active domestic oil rigs fell by 4 to 476.

“Friday’s one-rig gain was a wake-up call to those that assumed U.S. production declines were a foregone conclusion,” Fraser told MarketWatch. “”If future reports indicate that the rig count has indeed bottomed, or if the [U.S. Energy Information Administration’s] weekly report shows an increase in production, I’d expect to see prices retreat from some of these recent gains.”

Still, the data follows 13 weeks in a row of declines in the oil-rig count.

“Also it appears that supply may be tightening more than people than think,” he said. “Strong Gasoline demand and farmers fearing up for planting should bode well for distillate demand.”

WTI oil managed to tally a fifth weekly rise last week, spurred by ongoing hopes that an April 17 meeting in Doha, Qatar, between major oil producers could lead to higher prices. But it isn’t clear exactly which, or how many, OPEC and non-OPEC members will attend the meeting.