U.S. oil prices score biggest gain of the year on worries of a deepening U.S.-Iran conflict

Natural-gas futures drop 4%, settle at lowest since May 2016 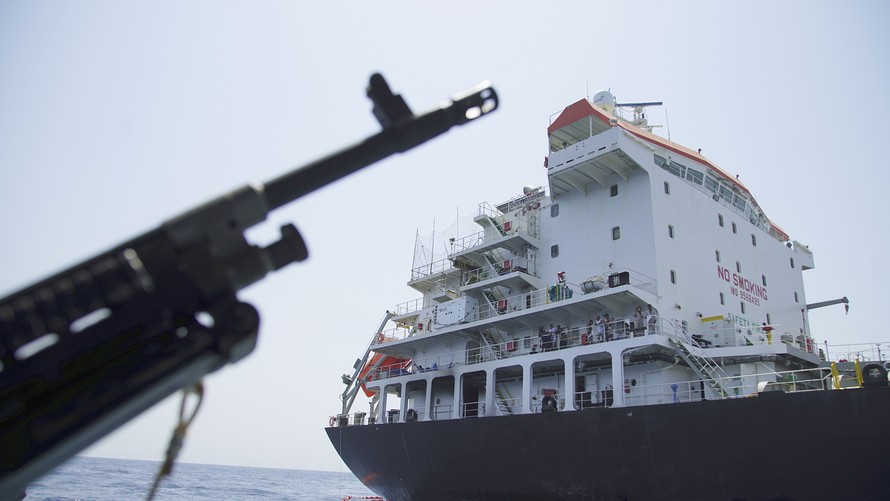 Oil futures rallied Thursday, with U.S. prices scoring their highest settlement this month and posting their biggest one-day gain so far this year, after Iran shot down a U.S. military drone, adding to fears of a deepening conflict and potential disruption to oil supplies.

That news fueled an already price-bullish backdrop, created by expectations the Federal Reserve and other central banks will cut interest rates in coming months to sustain economic growth and boost energy demand.

“Nothing but bullish news in the last 24 hours,” said Scott Gecas, chief market strategist at Walsh Trading. “If the [Middle East choke point] Strait of Hormuz is impacted by escalating tensions, [that] will impact global supply quickly.”

Read Iran’s downing of U.S. drone keeps Strait of Hormuz in spotlight: Here’s what you need to know

On its expiration day, U.S. benchmark West Texas Intermediate crude for July delivery  rose $2.89, or 5.4%, to settle at $56.65 a barrel on the New York Mercantile Exchange. That was the largest one day dollar and percentage gain for a front-month contract since Dec. 26, 2018 and highest finish since May 29, according to Dow Jones Market Data.

Read: Here’s what’s at stake for oil as the Iran-U.S. tensions escalate

International benchmark August Brent crude  climbed $2.63, or 4.3%, to finish at $64.45 a barrel on ICE Futures Europe—the highest since May 31 and biggest one-day climb since Jan. 9.

Amid already rising tensions between Iran and the U.S., Iran’s Revolutionary Guard said Thursday it shot down a U.S. drone near the Strait of Hormuz. Tehran said the drone was in Iranian airspace, while the U.S. military said it was in international airspace.

President Donald Trump, in a tweet, said Iran had made “a very big mistake.”

In subsequent remarks, however, Trump said he suspected the attack may have been an error and that someone “loose and stupid” was responsible.

The U.S. has blamed Iran for attacks on ships near the Gulf of Oman recently, a charge the country denies.

The attacks come against the backdrop of heightened tensions between the U.S. and Iran following Trump’s decision to withdraw from Tehran’s nuclear deal with world powers a year ago. The White House separately said it was aware of reports of a missile strike on Saudi Arabia amid a campaign targeting the kingdom by Yemen’s Iranian-allied Houthi rebels.

“Iran is showing they are still able to rattle oil markets and the downing of a U.S. drone is the latest escalation,” said Edward Moya, senior market analyst at Oanda. “Oil prices are out of bear market territory and appear well supported here.”

Global stock markets climbed despite the geopolitical tension, with U.S. stocks rallying higher on the heels of gains in Asia and Europe. The U.S. Federal Open Market Committee kept interest rates steady as expected Wednesday, but took away its language pledging “patience” with its current stance which markets took as a hint the bank was ready to ease borrowing costs if that move is warranted.

Meanwhile, U.S. data Wednesday that showed falling domestic supplies and a firmer date for an Organization of the Petroleum Exporting Countries meeting to review its pledged production limits were also price-supportive factors.

The Energy Information Administration reported Wednesday that U.S. crude supplies fell by 3.1 million barrels for the week ended June 14. after two straight weeks of gains. That was more than the 2-million-barrel drop expected from analysts polled by S&P Global Platts.

Also helping the bulls out was news that OPEC and its allies, informally referred to as OPEC-plus, will hold meetings on July 1-2. The session was originally scheduled for June 25-26. The date resolution ended weeks of speculation around a moving target for when to hold the meeting, as Russia’s position on continued production restraint remains unclear.

July natural gas  fell 4% to $2.185 per million British thermal units, the lowest front-month contract settlement since May 2016, after a larger-than-expected weekly rise in U.S. stockpiles.

The EIA reported Thursday that domestic supplies of natural gas rose by 115 billion cubic feet for the week ended June 14. The average forecast of analysts polled by S&P Global Platts had called for an increase of 104 billion cubic feet.