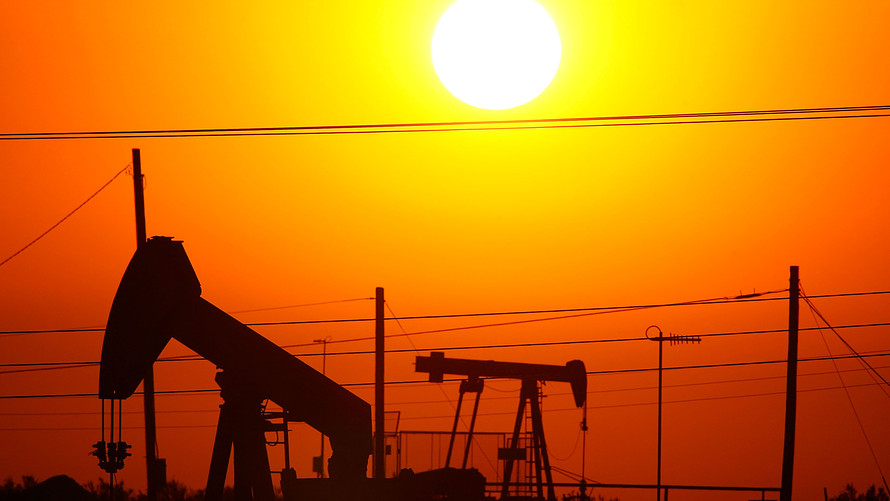 Oil futures dropped sharply Tuesday after Saudi Arabia’s energy minister said the kingdom’s crude production could return to normal as soon as the end of the month, as the nation recovers from weekend attacks on crucial processing facilities,

Fear of a prolonged disruption to output from Saudi Arabia, the biggest producer of oil in the world, sent ripples through global energy markets and drove international futures prices to one of the sharpest rallies on record.

Saudi Arabia’s energy minister Prince Abdulaziz bin Salman on Tuesday said at a news conference that Saudi Aramco has already restored 50% of lost production since the Saturday attacks. The Wall Street Journal reported that the facility is already supplying customers at pre-attack levels.

Oil prices on Tuesday had been trading sharply lower, weighed by a Reuters report that the Saudis were close to restoring 70% of the estimated 5.7 million-barrels-per-day of production lost after parts of the oil-processing facility were damaged.

“The good news is production will be back on line,” said Phil Flynn, senior market analyst at Price Futures Group. What we don’t know is “how they are going to stop these drone and missile attacks in the future.” U.S. intelligence on Monday said the attack against the Arabia’s Abqaiq plant and its Khurais oil field, which knocked an estimated 5% of global capacity offline, was executed using a combination of drones and missile strikes, citing Iran as the origin of the coordinated effort. Iranian officials have denied any involvement.

West Texas Intermediate crude for October delivery the U.S. benchmark contract, fell $3.56, or 5.7%, to settle at $59.34 a barrel on the New York Mercantile Exchange. On Monday, it posted the largest daily gain for the most-active contract since Sept. 22, 2008 and finished at its highest level since May, according to Dow Jones Market Data.

November Brent crude lost $4.47, or 6.5%, to end at $64.55 a barrel on ICE Futures Europe, following the international benchmark contract’s 14.6% rise on Monday, the sharpest percentage gain on record.

With capacity of 11 million barrels a day to be restored by end-September, “there will be minimal disruption to global supply,” wrote Caroline Bain, chief commodities economist at Capital Economics, in a note.

“That said, there remain some important questions to be answered about the attacks, which may mean that we will have to consider a permanently higher risk premium in our price forecasts,” she said. “The apparent ease with which a large chunk of global productive capacity was put out of action must be a concern for the oil market.”

Check out: Why some analysts believe oil hitting $100 a barrel soon is unlikely

“We do not know yet whether Saudi Arabia or the U.S. will try to respond militarily or choose to tread more diplomatically,” said Bain.

For now, attention is likely to turn to the latest weekly U.S. petroleum supplies figures, due from trade group the American Petroleum Institute late Tuesday and from the Energy Information Administration Wednesday morning.

Analysts polled by S&P Global Platts, on average, forecast a fall of 2 million barrels in last week’s crude inventories. Gasoline stockpiles were expected to fall by 800,000 barrels, but distillate supplies were seen higher by 300,000 barrels.