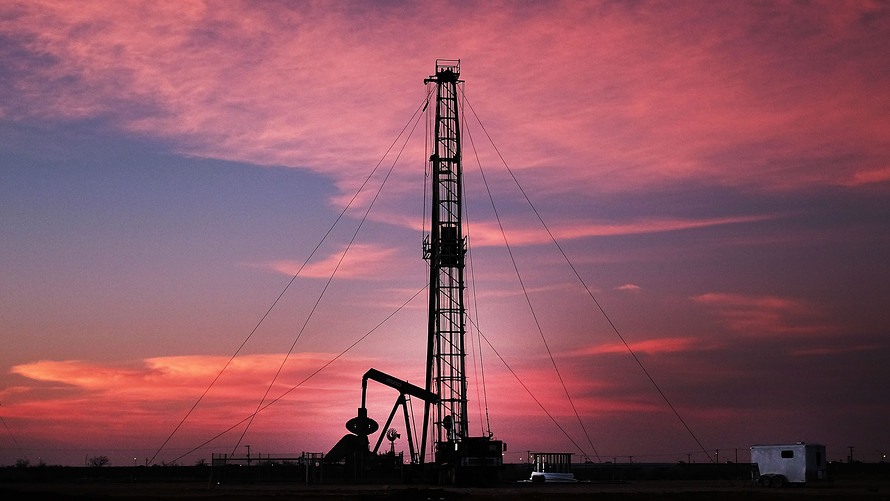 The U.S. imposed sanctions on an arm of Russian oil giant Rosneft, raising some oil-supply concerns, and the reported number of new daily cases of China’s coronavirus declined, easing worries about the disease’s impact on the economy and on energy demand.

On Tuesday, the Trump administration blacklisted the trading brokerage owned by Russia’s Rosneft that the U.S. accuses of helping the regime of Venezuelan President Nicolás Maduro.

Venezuela is already under severe U.S. sanctions as the Trump administration intensifies its campaign to remove Maduro from power.

“Venezuela’s exports, which have already seen long-term declines in recent years, could see a more pronounced drop in the weeks ahead following targeted US sanctions against the trading arm of Russia’s Rosneft,” said Robbie Fraser, senior commodity analyst at Schneider Electric. Rosneft has “played a key role in moving Venezuelan cargoes to major demand destinations.”

However, “the affected volumes aren’t necessarily to enough to rattle a crude market more concerned with demand weakness, though it could add targeted support to heavier crude grades,” said Fraser, in a daily note.

Against that backdrop, West Texas Intermediate crude for March delivery  rose $1.24, or 2.4%, to settle at $53.29 a barrel on the New York Mercantile Exchange, after ending Tuesday’s session unchanged. The March contract expires at Thursday’s settlement.

Both benchmark logged their highest settlements since Jan. 29, according to Dow Jones Market Data.

Investors also kept an eye on conflict in Libya , as its United Nations-recognized government withdrew from peace talks in Geneva after an attack by rebel forces led by Khalifa Haftar. Production in the oil-rich region remains impeded due to the Libyan conflict, sources said.

Combined with signs of slowing transmission of COVID-19—the infectious illness derived from the novel strain of coronavirus—crude-oil markets have been tilting higher.

Saudi Arabia’s Energy Minister Prince Abdulaziz bin Salman on Wednesday equated the impact of coronavirus on oil with a burning house, Bloomberg reported , citing people who heard the comments, which were made at an event in Riyadh that was closed to the press.

As of Feb. 18., China’s National Health Commission said there had been a total of 75,203 confirmed cases and 2,009 deaths, but investors have taking heart in a slowing pace of reported infections.

“Market fears about falling oil demand are not misplaced, but they have probably been exaggerated by the outbreak of the coronavirus and the resulting economic uncertainty,” economists at The Economist Intelligence Unit wrote in a report released late Tuesday.

“On the assumption that the spread of the coronavirus will be contained by end-March, we have revised down our forecast for China’s annual oil demand growth in 2020 to 2.5%,” from a previous forecast of 3%, they said. That would mark a “big fall from China recent oil consumption growth, which averaged just under 4% per year in 2016-19.”

“Given China’s outsized impact on global oil consumption trends, we now expect global oil demand to expand by just 0.9% in 2020,” from 1% previously, which would be the slowest rate of growth in three years,” the economists said.

Meanwhile, weekly updates on U.S. petroleum supplies will be released a day later than usual this week because of Monday’s Presidents Day holiday. The American Petroleum Institute’s report will be released late Wednesday and Energy Information Administration will issue its own figures Thursday morning.

On average, the EIA is expected to report a 3.3 million-barrel climb in U.S. crude inventories for the week ended Feb. 14, according to a survey of analysts conducted by S&P Global Platts. The survey also forecast a climb of 300,000 barrels for gasoline and a decline of 1.6 million barrels for distillates, which include heating oil.

March natural gas  settled at $1.955 per million British thermal units, down 1.3%. On Tuesday, prices rallied by 7.8% to settle at their highest in a month on colder weather forecasts.