Seven of the 10 stocks with the highest upside potential over the next 12 months, based on analysts’ price targets, are in the oil business 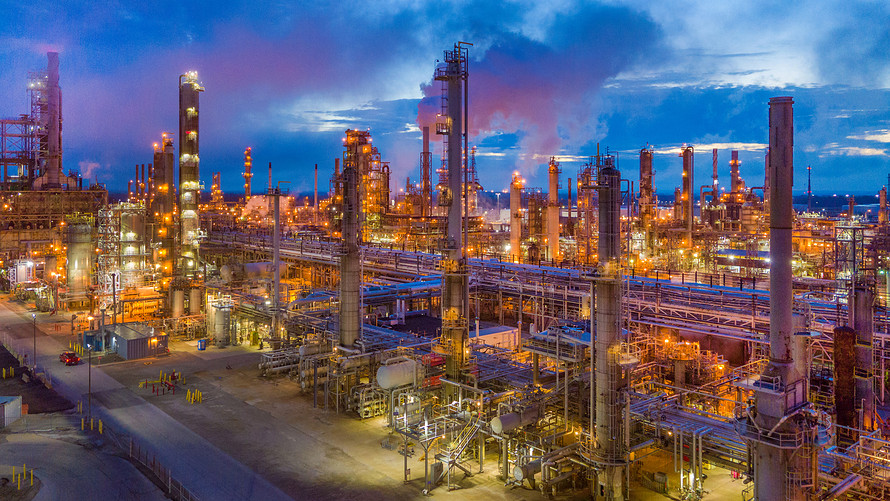 A screen of the S&P stocks shows something remarkable: the stocks that Wall Street analysts have the most confidence in are concentrated in the oil and gas industry.

There are 80 stocks in the S&P 500 (S&P:SPX) with “buy” or equivalent ratings from at least 75% of sell-side analysts polled by FactSet. Among those 80, here are the 10 with the highest 12-month upside potential, based on the analysts’ mean price targets:

So seven of the 10 “favorites” are energy names.

One problem with sell-side analysts’ price targets is that they look out only 12 months. That is actually a short period for many long-term investors, especially when you consider that the price of West Texas Intermediate crude oil (NYM:CL00)  (WTI) is about half its peak of $114.08 hit on April 29, 2011.

Recovery, reversals and a lack of faith 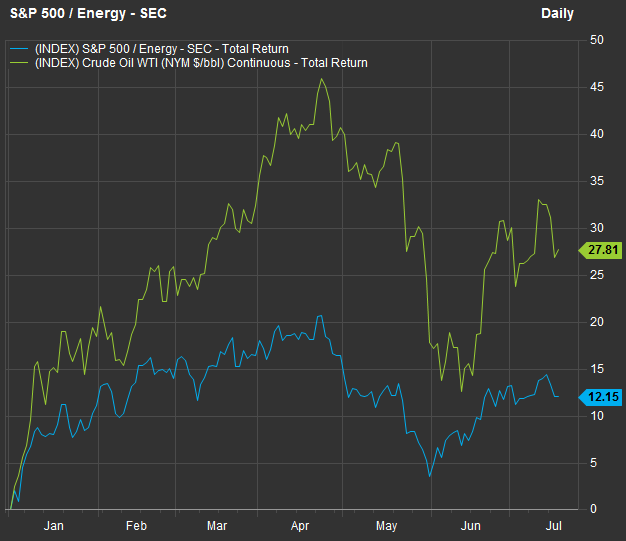 Even when reinvested dividends are included, the energy sector’s return has been less than half of the oil-price increase this year.

Looking at a one-year chart comparing WTI and the S&P 500 energy sector, the two have moved roughly in tandem: 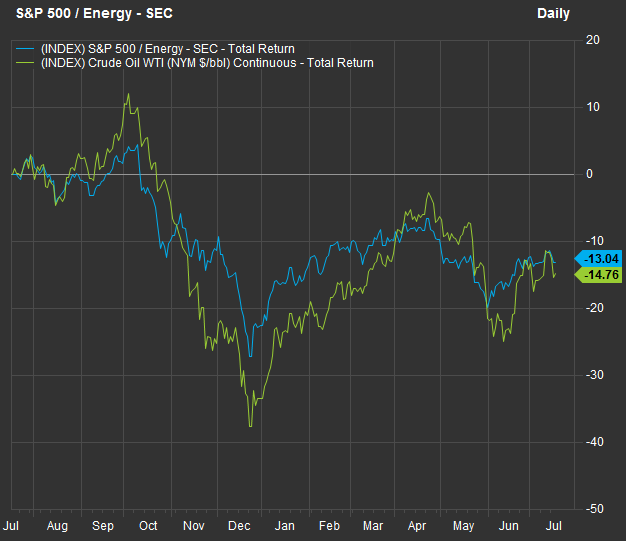 But the two-year chart has the energy sector trailing very far behind oil prices: 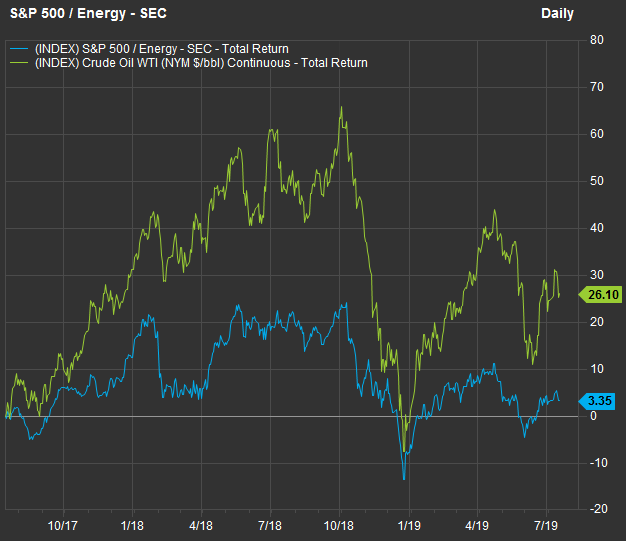 It seems investors didn’t buy the steady increase in WTI through early October last year, and they have been similarly unimpressed with the 2019 price recovery that has followed a brutal reversal.

When discussing oil services and equipment stocks with MarketWatch in late May, Phil Flynn, a senior market analyst at Price Futures Group who writes a daily energy report , said that part of the energy sector was hit particularly hard when oil prices slumped. U.S. shale oil producers significantly reduced their capital spending after that.

So even through U.S. oil production hit a record level in 2018 and a monthly record in April , according to the U.S. Energy Information Administration, domestic production growth over the next few years may be curtailed as demand for oil and gas is increases. Indeed, the number of active U.S. oil rigs declined to a 17-month low last week .

So there is a case to be made for a better supply/demand setup for oil bulls over the next several years, even though the International Energy Agency expects this year’s oversupply to continue in 2020 .

Getting back to the stock screen, Michael Roomberg, lead portfolio manager of the Miller/Howard Drill Tip to Burner Tip Fund (NAS:DBBEX)   (NAS:DBBDX) , said he currently owns shares in three of the first five energy companies on the list, but is only particularly enthusiastic about one.

During an interview on July 17, Roomberg said that he seeks to focus more on “volume and activity” than on the price of oil, so that the performance of the fund “will be more closely correlated to rising volume and production” of oil and natural gas. He sees natural gas as an especially important area for investors to focus on over the long term, as it displaces coal.

Roomberg helps manage $4.5 billion at Miller/Howard Investments, including about $100 million for private clients using the firm’s American Energy strategy. The Miller/Howard Drill Tip to Burner Tip Fund follows that same strategy. While it has only $6.5 million in assets, it has a four-star rating (out of five) from Morningstar. Miller/Howard is based in Woodstock, N.Y., and manages about $1.25 billion in its broad energy infrastructure strategy.

Here’s what Roomberg has to say about the five companies, plus two alternates he prefers:

The Miller/Howard fund holds a small position in Halliburton (NYS:HAL) , which Roomberg called “the blue-chip North American land services company.” But he isn’t enthusiastic about the shares over the next 18 months because “the capital discipline among the E&Ps [oil exploration and production companies] is real and spending will come down, which will intensify competitive pressures for Halliburton.”

Shares of Concho Resources (NYS:CXO)  trade for about six times estimated Ebitda for 2020, which Roomberg said is “35% below its five-year average.” The Miller/Howard fund owns the stock. “Most important, Concho Resources has some of the best shale acreage, but also the most contiguous,” Roomberg said.

A desire for contiguous property for shale drilling is why Occidental Petroleum (NYS:OXY)  trumped Chevron’s (NYS:CVX) offer to acquire Anadarko Petroleum in May, he said. Anadarko’s shareholders will vote on the $38 billion deal on Aug. 8.

“We think Concho, as the Permian Basin begins to consolidate, could be an acquisition candidate,” Roomberg said.

Roomberg sees Noble Energy (BATS:NOBL)  as a potential “value trap” because of political uncertainty in the Middle East and because of relatively high debt to Ebitda.

Roomberg said Miller/Howard recently sold its shares of Diamondback Energy (NAS:FANG) , “believing there was better opportunity elsewhere.” The company has “good well results” along with “a good balance sheet and cash flow,” he noted, “but they don’t have the contiguous acreage that is important as the Permian consolidates.”

He prefers Continental Resources (NYS:CLR) , which he said “is not hedged.” That means the upside to its stock is tied to gains in oil prices. It is a more speculative play than Diamondback; however, the company’s wells are highly productive compared with those of its peers, and “they are buying back a third of their shares,” he said.

Miller/Howard owns a small position in Marathon Petroleum (NYS:MPC)  and the stock’s 3.8% dividend yield is “covered by cash flow two-to-one,” Roomberg said. But in the refining space he prefers Valero Energy (NYS:VLO) , which has an estimated free cash flow yield of 10.6% that easily covers a dividend yield of 4.3%.

Here are dividend yields for the seven companies Roomberg discussed, along with their dividend yields and his free cash flow estimates for the next 12 months, based on data provided to him by Thomson Reuters:

Don’t miss: 3 stocks that can make you money despite a trade war or recession