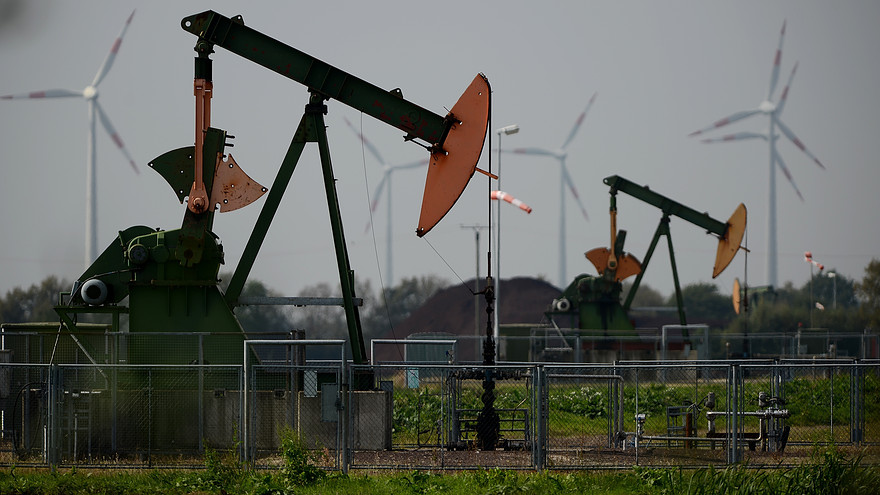 LONDON (MarketWatch)—The global oil sector is getting increasingly squeezed by the slump in oil prices and future investments worth trillions of dollars are at risk of being scrapped unless the industry succeeds in consolidating and cutting costs, according to analysts at Goldman Sachs.

In a research note published Monday morning, the analysts lowered their long-term estimates on Brent oil  to $70 a barrel from $90 a barrel—a level so low that several oil companies will struggle to make money.

In fact, Goldman Sachs found in its Top 400 analysis of the world’s largest new oil-and-gas fields, that pre-sanctioned projects will be “uneconomic” at $70 a barrel. Such developments, are those where a final investment decision hasn't been taken yet, represent some 20 million barrels of oil a day.

In dollar terms, this means that around $2 trillion worth of future investments are at risk, unless the industry figures out a way to adapt to oil’s new world order through mergers or by taking an ax to budgets. This also includes shale developments, where investments for $930 billion are in jeopardy, according to the report.

Over the past several months the industry has been wrestling with oil prices that have cratered by more than 50% since peaking last June.

So what does the oil industry have to do? Goldman Sachs calls for two key changes in the industry to make these developments profitable and avoid cancellation of the projects: cost-cutting and consolidation.

“Lower commodity prices and production overcapacity are forcing a renewed focus on capital discipline, cost efficiency and productivity across the industry. We expect significant price pressure to come through the supply chain,” the analysts said.

Cost-cutting: They estimated that costs across the industry need to be slashed by 20%-30%. For the world’s largest oil companies, referred to as big Big Oil, this calls for a 30% cut to capital expenditures, just to get the free cash-flow generation back to an acceptable level. Goldman identifies cash-flow generation as one of the key concerns in the world of sluggish oil prices. Read: Energy stocks brace for many quarters of earnings pressure

Consolidation: With oil prices around $70, some unprofitable projects will have to be scrapped in a bigger mix-and-match exercise, according to the report. Essentially, there are several high-quality developments that are in lack of funding, while some poor-quality projects are owned by companies with strong balance sheets. The assets need to be redistributed, so the firms with solid balance sheets get rid of the uneconomic ventures and instead upgrade their portfolio with more promising projects, the analysts said.