One sure-fire prediction for 2018: Americans will take on even more debt

Consumers have an increasingly complex relationship with credit 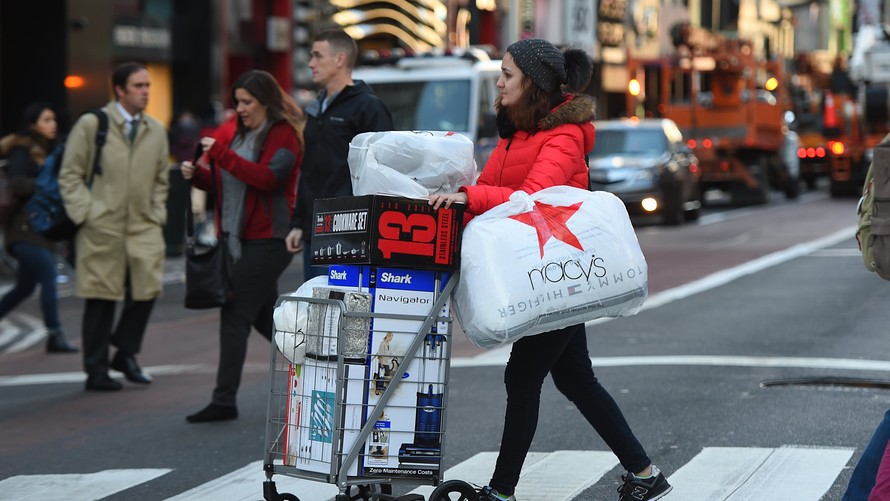 Timothy A. Clary/AFP/Getty Images
Some consumers have said they purchase items that are unnecessary.

Perhaps Americans should add “paying off debt” to their New Year’s resolution lists. This year marked an unwelcome milestone for consumers, with credit card debt reaching a new high. As of June 2017, Americans owe a record $1 trillion on their credit cards

To make matters worse, many American households are having trouble paying off that credit-card debt, according to a new study from credit reporting agency TransUnion /zigman2/quotes/209192458/composite TRU -1.17%  .

Delinquencies on credit card balances are expected to rise in 2018, despite an improving economy. “It’s really striking how much credit-card debt is weighing on American households,” said Kimberly Palmer, a credit-card expert at the personal finance company NerdWallet.

Credit-card debt will increase for the fifth consecutive year

The rise in debt is partially because of consumers making unnecessary purchases, Palmer said; some 41% of the 2,000 consumers NerdWallet surveyed in November said they spend more than they can afford on items they don’t need.

But there are other factors at play. Expenses like food and housing are “skyrocketing” faster than income, she said. That leaves little money for other essentials and emergency funds for expenses like medical bills.

More than 171 million consumers had access to credit cards backed by major banks and issuers in the first quarter of 2017, the highest number that had access since 2005, when 162.5 million people had access, according to the New York Federal Reserve.

That includes giving access to more consumers with lower credit scores, Siegfried said: For example, subprime borrowers now make up about 10.6% of all credit card accounts, up from 9.9% in 2016. During the recession, 13.4% of credit cards went to subprime consumers by the third quarter of 2009.

There’s some evidence that may not be a good idea for some consumers. Severe delinquencies — balances later than 90 days or more — are expected to increase to about 2% of balances in 2018. It would be the fourth year in a row those delinquencies have increased, but they are still below recession levels of 3%, Siegfried said.

On the plus side, lenders have also been “very deliberate” in giving those risky borrowers access to lower amounts of credit than they did in the past, he added.