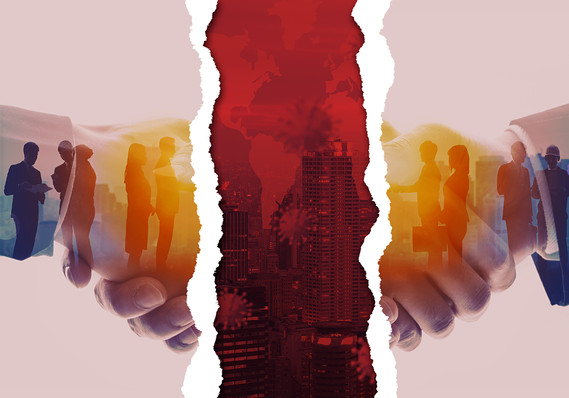 There was just one deal in Europe over $10 billion in the three months from April to June, when Spain’s Telefónica /zigman2/quotes/207034643/composite TEF +1.37% and U.S. tycoon John Malone’s cable group Liberty Global merged their U.K. operations in a $12.8 billion deal to create a new television and mobile company with a combined value of almost £28 billion ($35bn).

The value of deals, $182.9bn, was the lowest second quarter total since 2016. However, this was skewed by one transaction — Unilever’s /zigman2/quotes/205449809/delayed UK:ULVR -0.21%  move in June to abandon its dual Anglo-Dutch corporate structure and become a single holding company based in the U.K. Refinitiv counted this as a $106.9bn deal.

“Before the crisis hit, there were a large number of deals that were due to come to market that were put on hold, so not surprisingly there has been a meaningful slowdown in M&A activity,” said Alison Harding-Jones, head of M&A for Europe, the Middle East and Africa at Citigroup /zigman2/quotes/207741460/composite C +1.20% .

“After the volatility of March and April, clients have got a handle on liquidity and have a clearer view of what the rest of the year is likely to hold. Boards are thinking strategically about what this means for them and our engagement with clients has rarely been higher,” Cathal Deasy, head of Emea M&A at Credit Suisse /zigman2/quotes/202835784/composite CS -2.50% , said.