Law passed by Parliament last month gives the government until 11 p.m. (6 p.m. EDT) Saturday to send a letter asking the EU for a three-month postponement 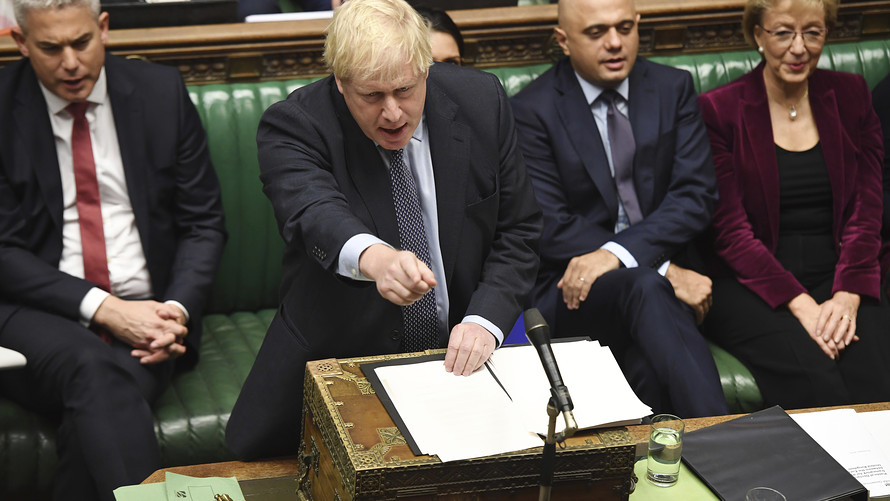 A defiant Prime Minister Boris Johnson said Saturday that he would resist attempts to delay Britain’s departure from the European Union beyond the end of the month, though he appeared to have no choice but to seek an extension after Parliament postponed a decision on whether to back his Brexit deal.

Johnson said he still aimed to meet the Oct. 31 deadline and would tell EU leaders that delaying Brexit is a bad idea. The bloc said it would wait to hear from the British government about what it wanted to do next. A law passed by Parliament last month gives the government until 11 p.m. (6 p.m. EDT) Saturday to send a letter asking the EU for a three-month postponement.

“I will not negotiate a delay with the EU and neither does the law compel me to do so,” Johnson said. “I will tell our friends and colleagues in the EU exactly what I’ve told everyone in the last 88 days that I’ve served as prime minister: that further delay would be bad for this country, bad for the European Union and bad for democracy.”

At a rare weekend sitting of Parliament, lawmakers voted 322-306 to withhold their approval of the Brexit deal until legislation to implement it has been passed.

The vote sought to ensure that the U.K. cannot crash out of the EU without a divorce deal on the scheduled departure date. Johnson, who struck the agreement with the EU earlier this week, said he was not “daunted or dismayed” by the result and would continue to do all he can to get Brexit done in less than two weeks.

Despite Johnson’s vow not to “negotiate” a Brexit delay, the government has said it will comply with a law passed by Parliament last month ordering it to request an extension if a deal has not been approved by Saturday.

European Council President Donald Tusk tweeted late Saturday: “Waiting for the letter. I just talked to PM @BorisJohnson about the situation after the vote in the House of Commons.”

British opposition lawmakers warned that Johnson must ask for the Brexit extension or face legal consequences.