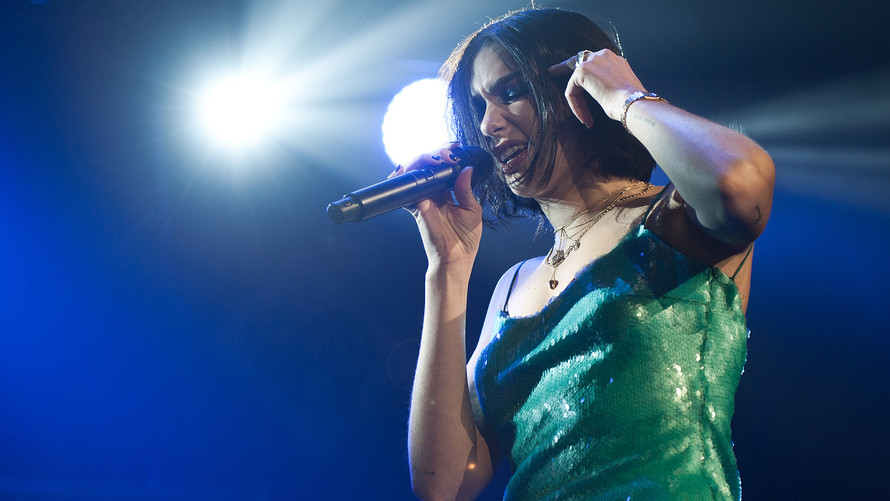 Getty Images
Chart-topper Dua Lipa, who signed the letter to the U.K.’s culture secretary, Oliver Dowden, said without support other artists would be denied the opportunity to succeed.

The mass cancellation of concerts and festivals had silenced many of the world’s leading pop stars. An industry that thrives on live events was decimated by social-distancing rules antithetical to the spirit of togetherness it creates. And now a constellation of the music industry’s biggest stars are banding together and calling for clarity on how to get live music back on its feet.

Ed Sheeran, Paul McCartney, the Rolling Stones and Eric Clapton are among 1,500 U.K. musicians urging the government to support the live music industry.

‘Government has addressed two important British pastimes — football and pubs — and it’s now crucial that it focuses on a third, live music.’

Letter to the U.K. government from ‘Let the Music Play’

The “Let the Music Play” campaign said in a letter to the government that 210,000 jobs could be impacted in the £4.5 billion ($5.6 billion) live-music business.

“Government has addressed two important British pastimes — football and pubs — and it’s now crucial that it focuses on a third, live music,” it said.

Thousands of concerts in the U.S. and around the world have been canceled as lockdowns and social-distancing rules make them impossible. As lockdown measures ease, the group of leading U.K. artists said it is likely to be 2021 or later that concerts and festivals can be staged.

The campaign by popular musicians — also including the likes of Coldplay, Liam Gallagher and Sam Smith — follows a major lobbying initiative by Manchester United soccer star Marcus Rashford, who secured a commitment from the government to offer low-income children meals through the school summer holidays.

It is supported by industry trade body U.K. Music and echoes similar pleas from others in the U.K. arts world.

Representative of the U.K.’s leading theaters wrote a joint letter in the Times newspaper calling for “immediate and substantial support.”

“Our industry depends on the £1.3 billion of annual ticket sales that has now disappeared, with disastrous effects on companies, employees and freelancers,” the letter, signed by the chairs of more than 50 theaters, said.

Its three key demands are: “A clear conditional timeline for reopening venues without social distancing, an immediate comprehensive business and employment support package, and access to finance and full VAT exemption on ticket sales.”

Chart-topper Dua Lipa, who signed the letter to the U.K.’s culture secretary, Oliver Dowden, said without support other artists would be denied the opportunity to succeed that she has enjoyed. “The possibility for other emerging British artists to take the same path is in danger if the industry doesn’t receive much needed government support,” she said.

Acknowledging the campaign on Wednesday, Dowden tweeted : “I understand the deep anxiety of those working in music & the desire to see fixed dates for reopening.”

He added: “I am pushing hard for these dates & to give you a clear road map back.”

Event-ticketing companies have been hit hard by the crisis because of the mass cancellation of concerts, shows and festivals.

MarketWatch reported in April that Eventim was withholding millions of dollars’ worth of refunds from customers for canceled events.