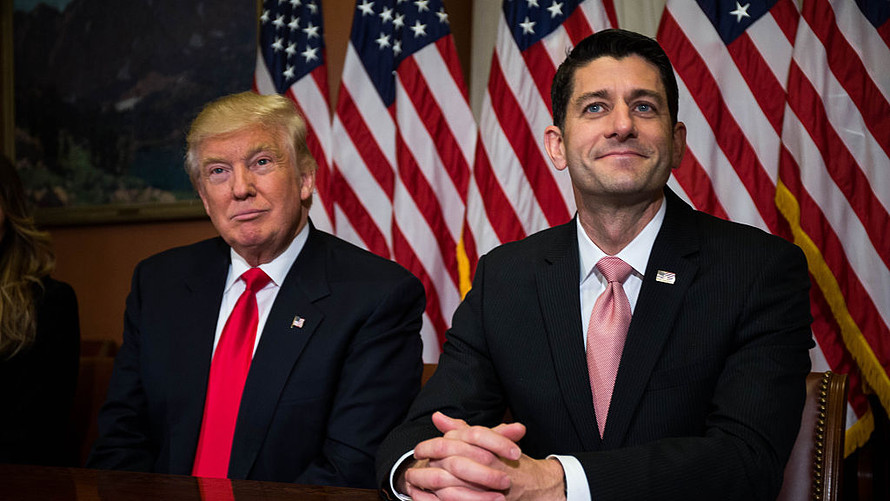 Former Speaker of the House Paul Ryan apparently spent much of his time gritting his teeth as he worked with the Trump administration.

‘I told myself I gotta have a relationship with this guy to help him get his mind right. Because, I’m telling you, he didn’t know anything about government. ... I wanted to scold him all the time.’

That’s according to an excerpt published on Thursday by the Washington Post from an interview for Tim Alberta’s forthcoming book, “American Carnage.”

Early on in Trump’s journey to the White House, Ryan was often critical, but he eventually got on board with the Trump agenda.

“We helped him make much better decisions, which were contrary to kind of what his knee-jerk reaction was,” Ryan told Alberta, according to the book excerpt. “Now I think he’s making some of these knee-jerk reactions.”

He explained, according to the excerpt, that he couldn’t deal with the prospect of working two more years with Trump in office, so he, in Alberta’s words, took an “escape hatch” and retired from his post.

Brendan Buck, who served as Ryan’s communications adviser, describes it differently. “The speaker has been very clear that he retired because he wanted to spend more time being a father and a husband,” he told MarketWatch.

Plus (April 12, 2018): Paul Ryan is just a couple of years away from collecting a federal pension — here’s how much he’ll get

Either way, the book depicts — and quotes — a government official who had grown tired of his role in the administration.

“We’ve gotten so numbed by it all. Not in government, but where we live our lives, we have a responsibility to try and rebuild,” Ryan is quoted as having said. “Don’t call a woman a ‘horse face.’ Don’t cheat on your wife. Don’t cheat on anything. Be a good person. Set a good example.”

At least one member of the Washington press corps was left unimpressed: