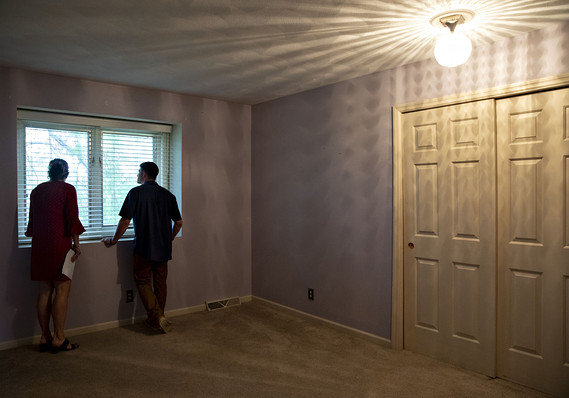 The numbers: Pending home sales jumped by a seasonally adjusted 1.1% in May but were 0.7% lower than a year ago, the National Association of Realtors said Thursday . The May increase beat the consensus forecast for a 0.6% rise.

What happened: NAR’s index, which tracks home-contract signings, has seesawed up and down every month this year, but through the noise, it’s clear that the housing market is shuffling. May marked the 17th straight month of annual declines.

Contract signings precede closings by about 45-60 days, so the index is a leading indicator for upcoming existing-home sales reports.

In May, pending sales in the Northeast were 3.5% higher, and in the Midwest, they were 3.6% higher. In the West, they dropped 1.8%. In the South, they edged up 0.1%, but were slightly higher than year-ago levels, the only region in which that was the case in May.

See: America’s housing market is competitive, unequal, and often just getting by. Just like us.

Big picture: Housing peaked for this cycle in late 2017. Combined sales of newly-built and previously-owned homes have stagnated since then, with occasional small bright spots. It’s possible that housing activity could perk up from here, but if the rest of the economy is slowing sharply, that’s not likely.

Market reaction: Home-builder Lennar /zigman2/quotes/202536373/composite LEN +0.45%   has seen a decline of more than 7% in its share price over two days after revealing in a quarterly report out Tuesday that margins have suffered, in large part because of pricing incentives. “Home builders have not ramped up construction to the extent that is needed,” NAR Chief Economist Lawrence Yun said in a statement.