People can’t wait to go golfing, boating and camping — and these ‘great outdoors’ stocks may be the beneficiaries

The Covid-19 lockdown has kept consumers inside for weeks. ‘People are more likely to do these things than get on an airplane and fly to Europe for their summer vacation,’ says money manager Eric Marshall at Hodges Capital Management. 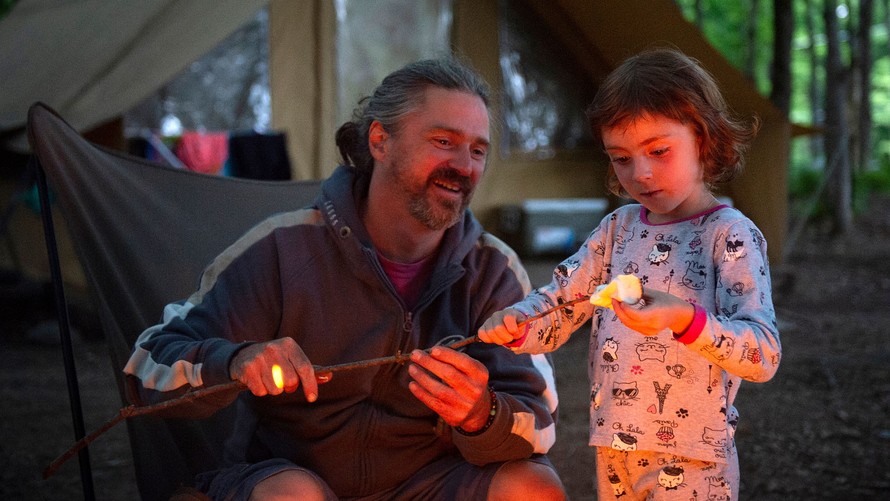 Let’s face it, as Covid-19 lockdown restrictions ease, we aren’t going back to “normal.” Even if the virus subsides, which is by no means a given, we will be reprogrammed to favor outdoor activities that don’t involve a lot of other people.

“People are more likely to do these things than get on an airplane and fly to Europe for their summer vacation,” he says. “The millennials were already into outdoor activities like camping and outdoor cooking.”

The “great outdoors” trend is supported by insider buying, which I track daily to find ideas for my stock newsletter, Brush Up on Stocks . Executives have been buying stock in companies benefitting from this trend. More on that below.

“People will be reluctant to be involved in mass experiences like sporting events and concerts,” says Kim Scott, who manages the Ivy Mid Cap Growth Fund (NAS:IYMIX) . “Anything that involves sharing your experience with a lot of people you don’t know will be seen as too much of a risk for some period of time.”

“The joy of being outdoors, whether it’s hiking, camping or simply taking a walk in nature, has never been more evident and is both logically and emotionally appealing today more than ever,” Callaway Golf CEO Chip Brewer said in the company’s May 7 earnings call.

To be sure, leisure-product stocks have been among the hardest hit, as investors worry about how long the lockdown and recession will continue. Somes states started opening parts of their economy in late April, and momentum is building this month. Still, it’s a mixed affair.

Brunswick (NYS:BC)  has suspended guidance. But behind the scenes, there are already clear hints that boating is more popular. No wonder. It’s an ideal activity in the Covid-19 outdoor-and-isolationist world.

“We certainly have seen good leading indicators on loan applications, which are up substantially recently versus last year,” CEO David Foulkes said in the company’s May 1 conference call. “We are getting more pull from dealerships, particularly at the premium end.”

Membership in Brunswick’s Freedom Boat Club at the end of April was close to double what it was a year earlier. With college and school sports shut down and international vacations less attractive, people have decided to buy boats to have fun outdoors and maintain distancing, he says.

By the end of April, virtually all Brunswick plants were reopened around the world, and the China supply chain was fully up and running and shipping parts to the U.S. and elsewhere. The company says it will be profitable and post positive free cash flow in the second quarter, and the quarter’s dividend is safe. (It has a 2% annual yield.)

Golf etiquette demands that groups of players keep a good distance, so no one gets beaned. That makes golf an ideal outdoor social-distancing activity.

If China is any guide — because it was early to come out of Covid-19 lockdown — 2020 will be bright. Callaway’s (NYS:ELY)  golf business in that country bounced back to 2019 levels in April, and the apparel business was only down slightly. “We believe our Asian businesses will be a positive contributor for the balance of the year,” says CEO Brewer. “In Korea, tee times outside Seoul are reportedly booked through May already.”

Central European markets are starting to reopen, and in the U.S. 80% of courses will be open soon, says the National Golf Foundation.

Brewer says golfers are swamping courses as they open. “Golf is viewed as a relatively safe and healthy outdoor activity,” he says. It doesn’t hurt that many golfers are wealthy, at a time when incomes are squeezed. Behind the scenes, Callaway just completed a major upgrade to its Chicopee, Mass., golf ball plant. And it’s launching a large distribution center in Texas, which will help with inventory management.

This is the largest retailer for RVs in the U.S. The company also offers financing, protection plans and insurance — all sources of recurring revenue that will come in handy in the downturn.

Hard times may go away pretty quick in the RV world. There are already signs this is happening. Camping World’s (NYS:CWH)  business took off after a month-long lull ending in mid-April. The first weekend in May “was the biggest weekend in our company’s history, period,” CFO Mel Flanigan said in the company’s May 7 conference call. “We feel good about where those trends are going.”

Camping World had already been stocking fewer expensive motor homes, in favor of smaller and lower-priced units that even a Prius can pull. This could pay off now that people have less money. Camping World affirmed it will maintain its dividend. (The yield is 2.1%.) Company insiders were buying the stock recently, typically a bullish sign.

Thor Industries (NYS:THO) is the largest RV manufacturer in the world. Thor builds Airstream, Hymer and other popular brands in the U.S. and Europe. It’s the biggest motor-home seller in North America, with a 37% market share. It’s strong in Europe, with a 26% share.

Going into the peak of the Covid-19 scare, things were already looking up because an inventory glut in the retail channel had finally cleared. Now, Thor should see relatively strong demand, given the new normal in recreation, according to Argus research. The company is attracting younger buyers by introducing lower-priced trailers. Besides, the price of gas is low. Recent company insider buying supports the bull case.

The new focus on the outdoors has boosted demand for outdoor cooking and bicycle helmets and accessories, says the company. It’s helped ammunition demand, too — but that’s also up because of concerns about personal safety.

At the time of publication, Michael Brush had no positions in any stocks mentioned in this column. Brush has suggested BC and CWH in his stock newsletter, Brush Up on Stocks. Brush is a Manhattan-based financial writer who has covered business for the New York Times and The Economist Group, and he attended Columbia Business School. Follow him @mbrushstocks.