Pepsi will start selling canned water — but is it any better than plastic water bottles?

As Americans drink more bottled water than ever before, environmental advocates are pushing companies to put water in aluminum cans instead 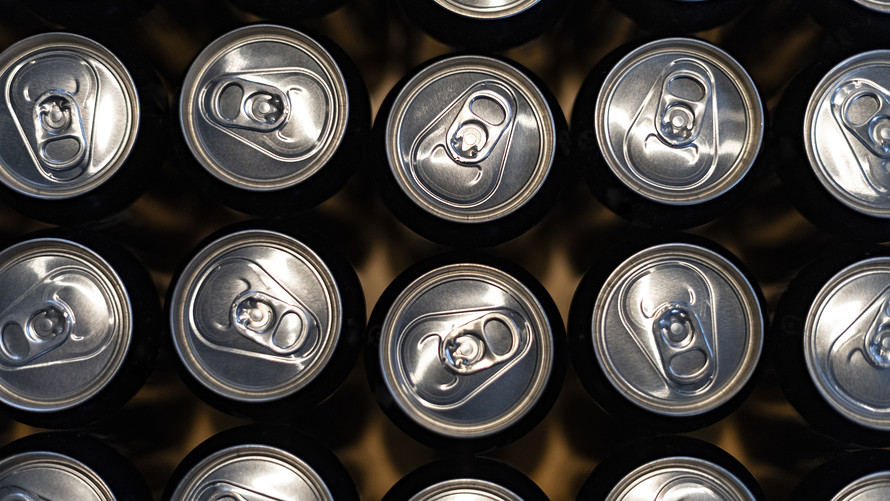 Getty Images/iStockphoto
Pepsi will start canning — rather than bottling — water in a bid to be more environmentally friendly.

Pepsi is betting that it can quench your thirst just as effectively via cans rather than bottles. But will the beverage giant’s gambit pay off for the environment?

The company will begin packaging its Aquafina brand of water in aluminum cans for U.S. food service outlets next year. PepsiCo /zigman2/quotes/208744353/composite PEP +1.50%   will also test the aluminum cans with retailers, the company announced last week.

Additionally, Pepsi will no longer package its Bubly line of seltzers in plastic bottles; instead, the product will only be sold in cans. And its LIFEWTR line of bottled water will move to 100% recycled plastic packaging. Altogether, the company said these changes should eliminate more than 8,000 metric tons of “virgin” plastic annually and 11,000 metric tons of greenhouse-gas emissions.

Sales of bottled water now exceed those of soda in the U.S.

“Tackling plastic waste is one of my top priorities and I take this challenge personally,” PepsiCo Chairman and CEO Ramon Laguarta said in a statement announcing the new packaging. “As one of the world’s leading food and beverage companies, we recognize the significant role PepsiCo can play in helping to change the way society makes, uses, and disposes of plastics.”

Bottling water has become a lucrative business thanks to the high profit margins. As Bloomberg reported, Nestle   makes billions of dollars selling bottled water , but pays basically nothing for the water in those bottles. Coca-Cola /zigman2/quotes/209159848/composite KO +0.04%  and Pepsi were responsible for more than one-quarter of bottled water revenue in 2016.

Read more: Can Apple make an iPhone that isn’t bad for the environment?

But as bottled water has exploded in popularity, it has contributed to a growing environmental problem. Despite efforts to encourage recycling in cities across the country, plastic bottles used for soda and water are rarely recycled, research shows, and the U.S. was the 20th biggest contributor to plastic waste in the oceans (out of 192 countries) as a result, in part, of our thirst for bottled beverages.

Aluminum, meanwhile, has emerged as a major competitor to plastic bottles. Some of this is the result of the craze over sparkling water brands like LaCroix, which has prompted this segment to grow faster than bottled water, according to data from the International Bottled Water Association. Many of these sparkling waters, including LaCroix, are sold in cans rather than bottles.

Some startups, such as Open Water , Liquid Death and CanO Water , have cited aluminum canned water as a more environmentally friendly alternative to the bottled variety.

Over half (55%) of aluminum soda and beer cans are recycled in the U.S., according to data from the U.S. Environmental Protection Agency , compared with only 31.2% of plastic beverage containers made of polyethylene terephthalate and 39.5% of glass containers.

The recycling rates for aluminum are even higher in Europe — as of 2010, over 90% of used cans were recycled in Germany, Finland, Norway, Iceland and Switzerland, according to data from the Container Recycling Institute .

(Pepsi and The Aluminum Association did not return requests for comment.)

Today’s cans are highly likely to be made of recycled material. Roughly 70% of the aluminum in cans is recycled, versus just 3% of the plastic used in bottles, according to a 2017 report from The Aluminum Association based on an analysis of data from the EPA.

“Aluminum is infinitely recyclable, and cans are the single-most recycled beverage package in the world,” said Sherrie Rosenblatt, spokeswoman for the Can Manufacturers Institute, a trade group. “In a world that is increasingly concerned about scarce resources, aluminum cans have the ability to be recycled over and over, forever, without losing strength or quality.”

“The bottled water industry is continuously working to reduce its impact on the environment,” she said in a statement. “The industry has a strong record of conservation and environmental stewardship, including smart management of water sources, using less plastic in packaging, encouraging recycling, and reducing water use in production.”

Also see: This is how much waste Americans create — just by getting takeout food

While aluminum may be more commonly recycled, according to the EPA’s figures, nearly half of the aluminum Americans consume goes into the landfill. Consequently, the can industry must still source new aluminum. And that means mining.

In particular, producers must mine bauxite to create the aluminum ore needed to create beverage containers. Bauxite is extracted through open-pit or strip mining. Roughly one-third of this mining takes place in Australia, but bauxite mines are also located in a wide range of places including China, Brazil, Guyana and Russia.

Besides causing extensive damage to the ecosystem where the mine is excavated, thanks to the clear-cutting of trees and loss of habitat for wildlife, bauxite mining has been shown to cause air, water and soil pollution , which can affect agricultural production and aquatic life.

(The Can Manufacturers Institute did not comment on the environmental impact of bauxite mining.)

Moreover, a tremendous amount of energy is needed to turn the mined metal into an aluminum can. This requires burning fossil fuels that release greenhouse gases — and the smelting process itself causes the metal to release gases that contribute to climate change.

Ultimately, while some may have concerns about the safety of tap water in certain parts of the country thanks to faulty and old piping, it is probably the best option for quenching one’s thirst from an environmental standpoint.

Even if a consumer invests in devices to purify water that comes out of their faucet, tap water represents a cheaper — and more environmentally friendly — option than the water sold in stores, whether from a plastic bottle or an aluminum can.

Grist, a non-profit online magazine focused on environmental news, wrote in its advice column, Ask Umbra, “None of the single-use beverage containers out there, with their raw material consumption and shipping impacts and less-than-optimal recycling rates, can hold a candle to a sturdy bottle you can rinse out and use ad infinitum.”