Massachusetts secretary of state says no laws have been broken 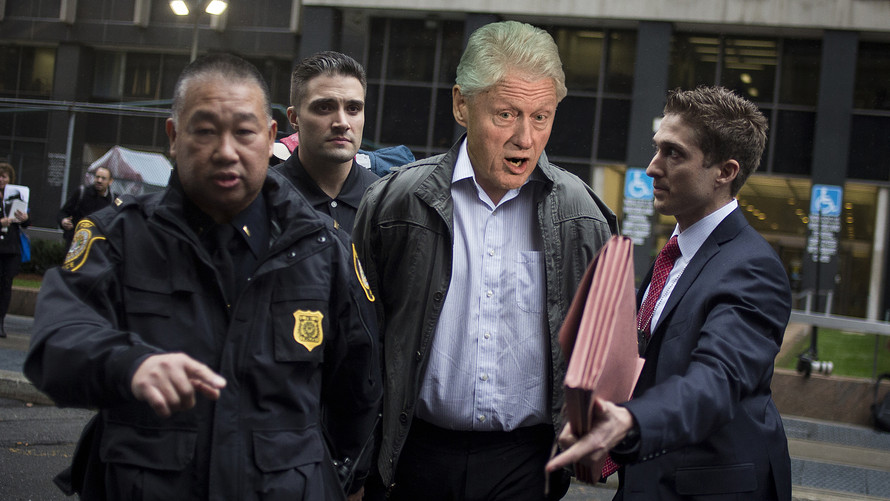 Bill Clinton just might be “feeling the Bern” of some ornery Bernie Sanders supporters this week.

There’s a movement calling for Clinton’s immediate arrest after he allegedly broke Massachusetts election laws leading up to his wife’s big win on Tuesday in the state’s primary.

The backlash began following reports from multiple cities of Clinton visiting polling stations and greeting workers amid throngs of security and media.

So far, more than 85,000 people have signed the Change.org petition , which was apparently started by Veronica Wolski and accuses the former president of “clear, knowing and egregious violation of the campaign laws to swing an election in a significant way.”

She pointed out that Massachusetts law forbids “campaigning within 150 feet of a polling station, or in any way interfering with the right to vote.”

However, a spokesman for Massachusetts Secretary of State William Galvin told WCVB in Boston that Clinton broke no laws during his visit. “No one was prevented from voting,” he said. “The city and voters were notified well in advance of the event.”

That’s not stopping those crying foul from getting all riled up.

Here’s “Patty Jane” from Ypsilanti, Mich. and her “top-rated” comment from the petition: “I am 100 percent done with the cheating Clintons. They need to be stopped before they destroy our country. #BernieOrBust."

“Steph B.” from Barre, Vt. agreed: “The people are tired of the Clintons breaking the laws and walking away winners when they have clearly cheated! Hillary should lose the state or 50% of her votes and all delegates she picked up, and Bill should be arrested!”

Despite growing support for the Change.org petition over the past couple of days, it’s doubtful Bill Clinton is losing much sleep over it, considering any real consequences seem extremely unlikely. In fact, even if found guilty, the fine tops out at $20, according to this state law prohibiting campaigning at polling places .

A similar petition was started on the WhiteHouse.gov website , but it has yet to gain anywhere near the traction of Wolski’s petition. For the White House to respond, 100,000 people need to sign within 30 days. At this point, there’s still more than 99,000 to go.