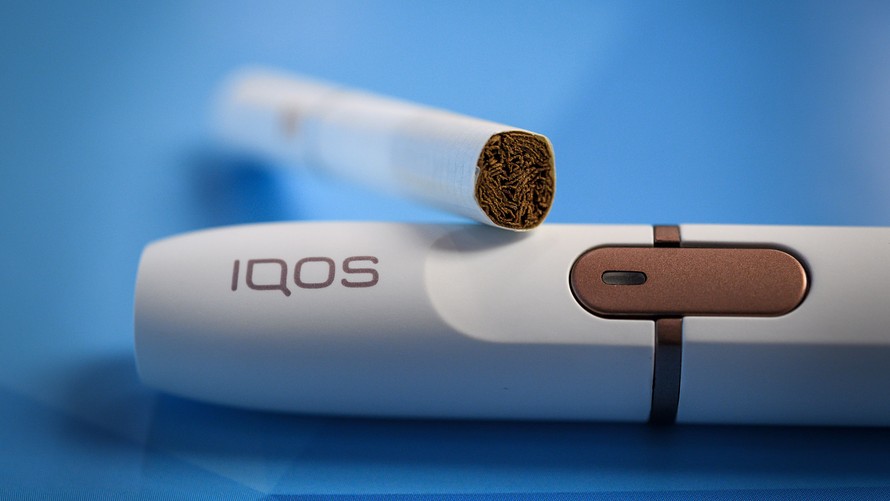 Getty Images
Philip Morris executives are encouraging groups, including investors, to work with them to move smokers to cigarette alternatives

Philip Morris International Inc. thinks the sale of cigarettes could come to an end in countries around the world in the coming years, but have no fear, because they’ve got another product ready to sell that offers a “safer” nicotine fix.

Philip Morris (NYS:PM)   and the Food and Drug Administration announced this week that the company’s IQOS “electrically heated tobacco system” has been given the green light to market as a safer alternative to cigarettes.

Now designated as a “modified risk” product, the company can promote these items “as containing a reduced level of or presenting a reduced exposure to a substance,” according to the FDA statement. A spokesperson for Philip Morris says the product won’t be marketed as safer than cigarettes, but rather focus on the “modified risk” language authorized by the FDA.

Read: After his latest firing, this cannabis entrepreneur raised $150 million, for a hemp venture -- during a pandemic

“However, THS is not risk-free and delivers nicotine which is addictive,” the site says. Philip Morris has turned its focus to the IQOS product, with Philip Morris’ Chief Operating Officer Jacek Olczak saying at the Deutsche Bank dbAccess Global Consumer Conference last month that the company is committed to “working towards realizing [the] potential of this opportunity,” according to a FactSet transcript.

The development comes at a time when Philip Morris is preparing for the end of cigarette sales.

“I am convinced that it is possible to completely end cigarette sales in many countries within 10 to 15 years, but for that to happen, manufacturers and governments need to work in the same direction,” said André Calantzopoulos, chief executive of Philip Morris, in a letter to stakeholders published with the company’s report on its environmental, social and governance (ESG) efforts.

Calantzopoulos notes the “skeptical stakeholders” like international organizations and the media that “doubt that harm reduction through smoke-free alternatives is sound public health policy or argue that our purpose-driven strategy is nothing more than window dressing.”

He highlights other areas where advice to reduce a hazardous activity is accepted, such as lowering sugar intake for better health.

“I feel strongly that people who smoke cigarettes, the most harmful nicotine-containing product, should not be denied the opportunity to switch to better alternatives,” Calantzopoulos wrote.

In 2019, Philip Morris sold 706.7 billion cigarettes, down 4.5% from 2018, according to a June CFRA report. Over the next few years, CFRA forecasts that cigarette consumption will fall 3% each year.

How to keep emotions out of your portfolio with systematic investing

There had been discussions about merging Philip Morris and Altria Group Inc. (NYS:MO)  , however those talks ended without a deal. This is a good thing for Philip Morris “given heightened regulatory and legal headwinds surrounding e-cigarettes in the U.S., as Philip Morris’ IQOS product underwent a lengthy FDA review process before getting the green light for sale in the U.S. in April 2019,” CFRA said.

The company reported earnings and revenue that beat expectations in the most recent quarter. The stock is down 14.3% for the year to date while the Dow Jones Industrial Average (DOW:DJIA)   has fallen 8.6% for the period.

See: This California legislator is taking on SmileDirectClub

While the cigarette business was hurt by restrictions imposed by coronavirus-related lockdowns and plummeting duty-free demand at global travel hubs, Olczak said on the April earnings call that device and heated tobacco sales were showing the potential to regain pre-COVID momentum.

Philip Morris’ goal now is to move into a “smoke-free future,” said Huub Savelkouls, the company’s chief sustainability officer, in a post on LinkedIn . Philip Morris has cut its cigarette portfolio by more than 700 SKUs (stock-keeping units) over the last four years and aims to move 40 million smokers of its cigarettes over to smoke-free products.

Savelkouls says engagement, including between the company and the investment community, is needed to achieve change.

“Making cigarettes obsolete can be achieved much more rapidly through inclusivity and openness,” Savelkouls wrote. “Our goals are really not that different and that is where the potential for creating impactful change lies: working together towards making the world smoke-free.”