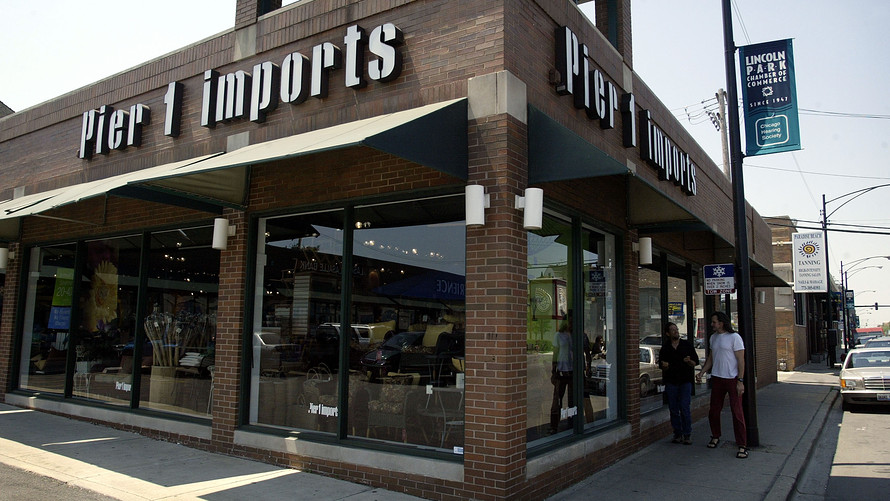 Getty Images
Pier 1 Imports shares have declined more than 80% in the past year, and the retail chain is now worth less than $55 million.

Pier 1 Imports Inc. plans to close at least 45 stores, and potentially up to 100 more, as it seeks to cut costs after another disappointing holiday season.

In a fiscal fourth-quarter earnings report released Wednesday, Pier 1  said it lost $68.8 million in three months, with sales declining 19.5% to $412.5 million from the previous year. A plan that seeks to generate at least $100 million in savings includes closing at least 45 of Pier 1’s 970 stores, and potentially many more if Pier 1 is not able to talk landlords into cutting their rent.

“The store closure number could increase to up to 15% of stores if the company is unable to achieve performance goals, sales targets, and reductions in occupancy and other costs,” management disclosed Wednesday.

It is the second consecutive fourth-quarter report that arrived with a plan to pull the retail chain out of a tailspin. Last year, Chief Executive Alasdair James announced a three-year plan called “Pier 1 2021: A New Day” that included $45 million in capital expenditures that he hoped would right the ship. James wouldn’t even last until the end of the year, leaving the company a week before Christmas, when Pier 1 said it would explore strategic alternatives. Pier 1 said Wednesday that Chief Financial Officer Nancy Walsh is also leaving, effective immediately.

Interim Chief Executive Cheryl Bachelder said in Wednesday’s announcement that the results were “disappointing” and reflected “execution issues.” She promised that the plan for the 2020 fiscal year “is designed to reset our operating model and rebuild our business for the future.”

“I am pleased to see our teams executing against our new action plan with urgency and believe our customer will return to a revitalized Pier 1 this fall,” she said in a statement, with the reference to a single customer presumed to be a typo.