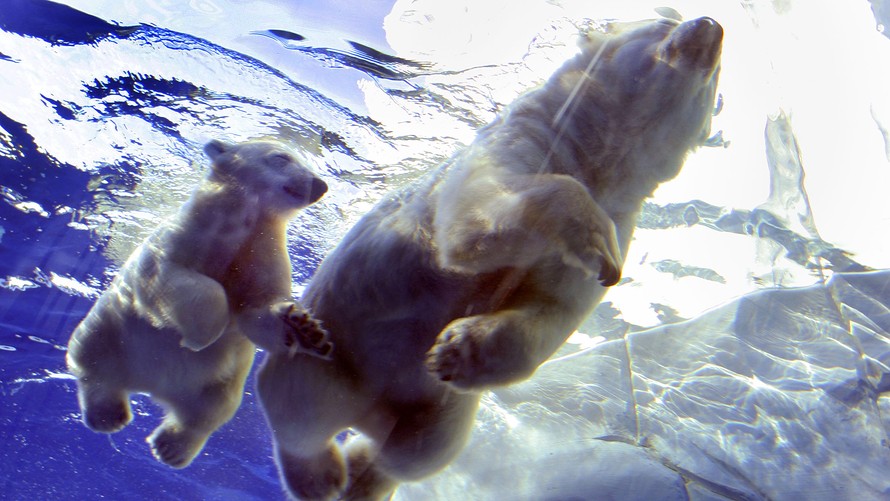 Evidence of the effects of man-made climate change is building, as are the investing opportunities and changes in consumer habits linked to environmental concerns and resource use. Here are select dispatches focusing on the companies responding to customer demands and climate risk, ESG investors and their advisers, and the policy-makers, enterprising individuals and scientists preparing for tomorrow.

Hungry polar bears are increasingly turning on each other, researcher says . Scientists at the Russian Academy of Sciences note increasing reports of polar bears attacking other polar bears for food, the Moscow Times reported .

“Cases of cannibalism among polar bears are a long-established fact, but we’re worried that such cases used to be found rarely while now they are recorded quite often,” polar bear expert at Moscow’s Severtsov Institute of Problems of Ecology and Evolution Ilya Mordvintsev separately told the Interfax news agency . Mordvintsev attributed the increase in cannibalism to lack of other food options. Two factors were cited: first, the climate crisis is heating Russia at a 2.5 times faster rate than the rest of the world. And, oil and gas development in the Yamal Peninsula and the Gulf of Ob is directly disturbing polar bear habitat, Mordvintsev said, according to The Moscow Times.

Planet takes precedent over Heathrow expansion plans . The pitch for a third runway at London’s Heathrow airport has been ruled illegal by a court of appeal because ministers did not adequately take into account the government’s commitments to tackle man-made climate change in part through participation in the Paris Climate pact, the Guardian reported .

Heathrow is already one the busiest airports in the world, with 80 million passengers a year; the metro area is also served by Gatwick. The ruling is a major blow to the project at a time when the government has set a target for net zero emissions by 2050. Prime Minister Boris Johnson could use the ruling to abandon the project, which he has objected. Or the government could draw up a new policy document to approve the runway, the paper said. Johnson said in 2015 that he would “lie down in front of those bulldozers and stop the construction.”

Project proponents taught the expansion’s economic benefits, particularly for business travel. Most flights are taken for pleasure and just 20% of the U.K. population take more than two-thirds of international flights. Critics say the economic benefits are illusory given, for example, the estimated £10 billion of taxpayers’ money needed to alter road and rail links to the airport.

Rarely recycled, EPS foam (sometimes called Styrofoam), used in beverage cups and takeout containers, is a frequent component of beach litter, breaking down into indigestible pellets, which animals mistake for food. EPS foam is used mostly for side dish take-out containers in about 40 of YUM!’s global markets, including 4,000 U.S. locations and 2,700 non-U.S. locations. Phase out of EPS foam will eliminate use of at least 100 million foam containers per year, according to the company.

Sustainable investing advocate As You Sow said shareholder pressure may have been behind the move. The ban, and other initiatives, were supported by 33% of shares voted with a share value of $7 billion in 2019. As You Sow refiled its shareholder proposal for 2020, but has withdrawn the proposal in recognition of the company’s commitment.

Ecological error: Buying a few things online at a time . The more eco-conscious way to shop is going to a physical store rather than by making purchases online from companies that don’t have brick-and-mortar stores, U.K.-based researchers say according to a new report Tuesday in Environmental Science & Technology, a peer-reviewed scientific journal published by the American Chemical Society .

In the study, researchers estimated that shopping at brick-and-mortar stores for frequently bought items such as toilet paper, shampoo and toothpaste, often results in less greenhouse gas emissions than ordering the products from a company that only sells through the internet. The main reason is because of how people shop online: Many click to buy online frequently, but they only opt for a few items per purchase.

The report analyzed the carbon footprint of the “last mile delivery” for the three most prevalent types of shopping channels in the U.K.: physical stores, “brick & clicks” (when people order online and a physical store delivers the items to them) and “pure players” (strictly online sellers). Included in the three models were greenhouse gas emissions estimates from number of products bought, transportation, warehouse storage, delivery and packaging activities.

Read: The ‘world’s most expensive hotel room’ has a bar made out of medical waste

Get news alerts on Yum! Brands Inc. — or create your own.