President is about even with Bernie Sanders in poll targeting Michigan, Pennsylvania, Wisconsin, Florida, Arizona and North Carolina 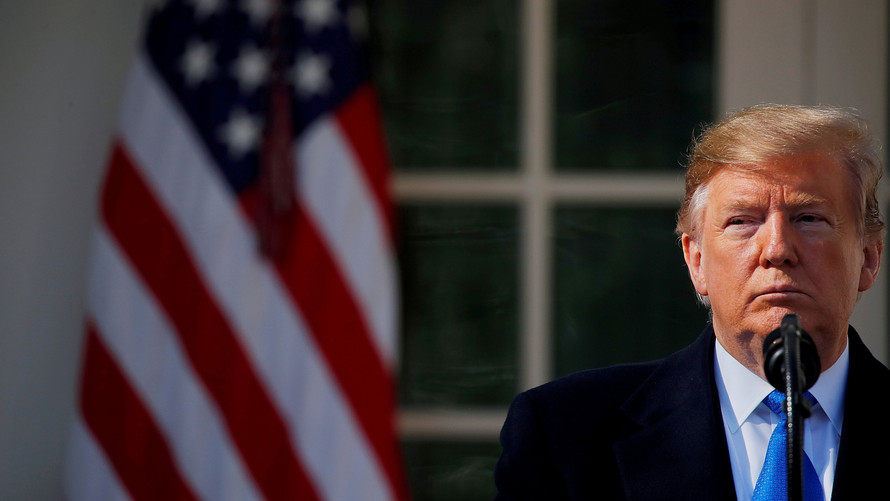 But Trump trails Joe Biden in those same key states by two points, and the president is about even with Bernie Sanders, the poll from The New York Times Upshot and Siena College also found.

Pollsters surveyed 3,766 registered voters from Oct. 13 to Oct. 26 in Michigan, Pennsylvania, Wisconsin, Florida, Arizona and North Carolina. They reported a margin of error of 4.4 points for individual state polls, except for Michigan where it was 5.1 points, and the overall battleground sample has a margin of error of 1.8 points.

The pollsters’ findings suggest that Trump remains highly competitive in the battleground states likeliest to decide his re-election, an Upshot report said. In the 2016 White House race, Trump was victorious thanks to his wins in these six crucial states.

Biden had been the Democratic presidential front-runner for several months, but his star has started to fade this fall. The former vice president is continuing to lead the crowded 2020 Democratic field in national polls, but Warren has the edge in surveys focused on Iowa, which will deliver the first voter verdicts in the party’s primary.