Pound remains mired near worst levels since 1985 against the dollar 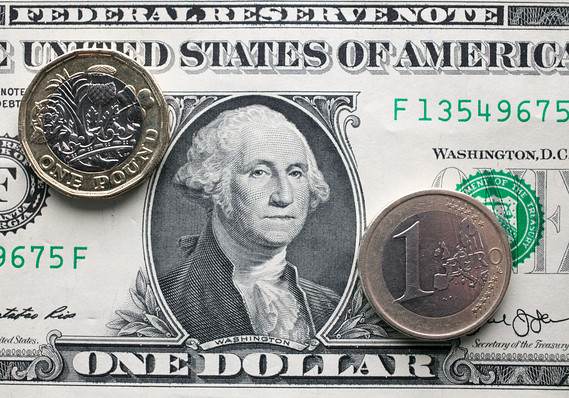 Getty Images
In this photo illustration, a £1 coin is seen with a U.S. dollar bill and 1 euro coin.

The pound on Thursday remained mired around the worst levels since 1985 against the dollar as financial markets gyrate due to the coronavirus-induced global slowdown.

“The tightening of financial conditions has hit sterling especially hard, perhaps because of the U.K. economy’s dependence on the financial sector and its key role in the global financial markets, making its economy particularly vulnerable to a financial market meltdown,” said Marshall Gittler, head of investment research at BDSwiss Group.

“Furthermore, the country has large twin deficits and low real yields, making it dependent on capital inflows — which are not likely right now as everyone tries to de-risk their portfolios.”

The pound wasn’t the only mover on Wednesday in what clearly was a dollar-led advance.

“A very stable economy like Norway, with its huge pool of available funds, is being hit as hard as less well-off cases like Australia or the U.K.,” said Thomas Flury, strategist in the chief investment office for UBS global wealth management.

“For the U.K. economy, we expect no worse downside potential as for the eurozone or the U.S. We therefore remain confident in the underlying strength of the GBP, but for this force to unwind, the market needs to find its way back to trading patterns that are not negatively affected by the liquidity squeeze, as is happening right now,” he said.

One exception was U.K. retailer Next /zigman2/quotes/200704121/delayed UK:NXT +0.72%  , which jumped 10%. The clothing retailer said it could sustain a £1 billion loss, or a roughly 25% sales drop, without breaching covenants. Next said its “gut feeling” is that a 10% sales decline for the current fiscal year is too optimistic but a 25% sales fall “is overly pessimistic.”