After chairman’s speech, Fed will go silent to prepare for Sept. 17-18 policy meeting 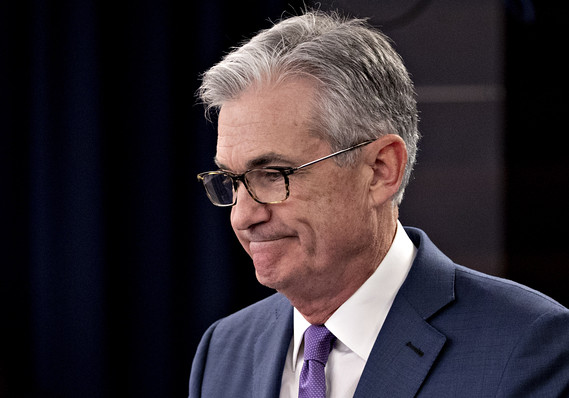 Federal Reserve Chairman Jerome Powell is going to get the last word before the central bank goes silent ahead of its Sept. 17-18 policy meeting.

Powell is scheduled to speak in Switzerland, at the University of Zurich, about the U.S. economic outlook and interest-rate policy on Friday. Powell will speak at 12:30 p.m. Eastern.

That’s only a few hours after the government releases the key August employment report. And it is a few more hours before the Fed goes silent to prepare for its policy meeting.

Read: U.S. likely added 173,000 jobs in August, but beware of an end-of-summer surprise

The bond market is convinced that the Fed is going to cut interest rates by a quarter-point after the Sept. 17-18 meeting and another time later this year, and maybe once more at the beginning of 2020.

In June, about half of the FOMC shifted their base case toward two quarter-point rate cuts this year.

Odds of a half-point cut at the September meeting moved lower Thursday on stronger-than-expected economic data.

The Fed voted 8-2 at the end of July to cut its benchmark federal-funds rate by a quarter-point to a range of 2%-2.25%. Powell called the rate cut a “midcourse correction.”

A large minority of Fed officials don’t think this is the time for the Fed to aggressively cut interest rates. They want the Fed to refrain from action in September and take a “wait-and-see stance.”

Another faction thinks that the Fed has to ease in the face of a weaker global picture.

Not easing would push up the dollar and be tantamount to a rate increase, said Michael Gapen, chief U.S. economist at Barclays.

In his speech in Jackson Hole, Wyo., last week, Powell was “skillfully noncommittal” about whether the Fed would cut rates in September, according to Jeremy Siegel, a professor of finance at the Wharton School of the University of Pennsylvania.

Powell could use the speech to address former New York Fed President William Dudley’s essay this week that suggested the Fed might want to take steps to consider the economic risks of President Donald Trump’s re-election when setting interest rates.