President Trump cheated on his SAT, according to his niece’s new book

‘If he is afforded a second term, it would be the end of American democracy,’ Mary Trump says 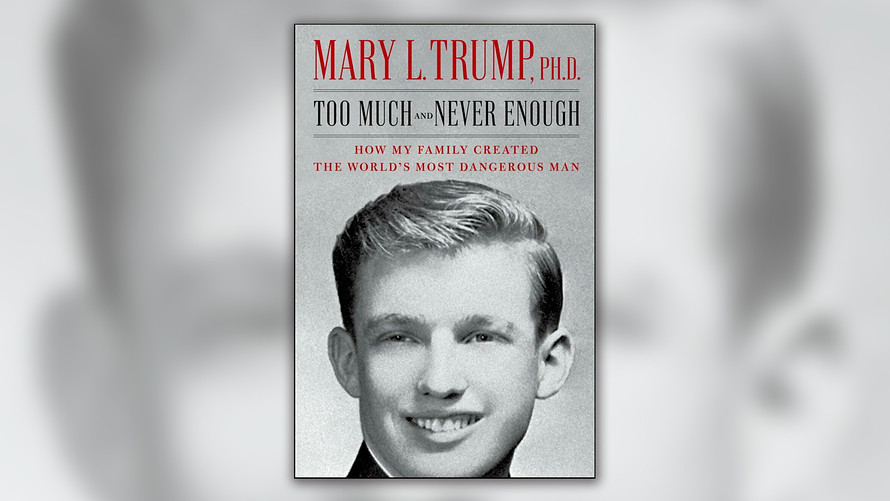 Mary Trump, according to excerpts cited in the New York Times , flipped that saying on its head in her new book by claiming her famous uncle Donald paid someone to take the SAT, which ultimately paved his way into Wharton, a university he dubbed as “the best school in the world.”

‘Donald, who never lacked for funds, paid his buddy well.’

The book, “Too much and never enough: How my family created the world’s most dangerous man,” is a tell-all coming out next week that takes a deep dive into how President Trump’s dysfunctional upbringing turned him into a leader who “now threatens the world’s health, economic security and social fabric,” as publisher Simon & Schuster put it.

“If he is afforded a second term, it would be the end of American democracy,” Mary Trump wrote in the memoir. “Donald, following the lead of my grandfather and with the complicity, silence and inaction of his siblings, destroyed my father. I can’t let him destroy my country.”

She explained, as the New York Times reported, that generations of greed and betrayal have led to Trump’s “twisted behaviors” and his practicing “cheating as a way of life.” She claims that he’s a narcissist, a sociopath, hypocritical about religion, pathological in several aspects and that he went to a movie while his brother Freddy was sent alone to die in the hospital.

But it was the SAT cheating stuff that struck a chord on Twitter /zigman2/quotes/203180645/composite TWTR +0.30%  , with calls ringing out for the guy who took the exam to come forward and spill the beans:

Others just enjoyed some partisan piling-on:

And how about a little circumspection?

Mary Trump, 55 years old and long estranged from her uncle, is the first member of the Trump clan to write a book delving into the history. The family doesn’t like it one bit and has been trying to spike it on the grounds of a confidentiality agreement she signed nearly 20 years ago.

“Her attempt to sensationalize and mischaracterize our family relationship after all of these years for her own financial gain is both a travesty and injustice to the memory of my late brother, Fred, and our beloved parents,” he said . “I and the rest of my entire family are so proud of my wonderful brother, the president, and feel that Mary’s actions are truly a disgrace.”

The book is being published two weeks early, following a court battle over its release. The publisher has already printed 75,000 copies of the book, according to CNN .

White House press secretary Kayleigh McEnany on Tuesday dismissed the book in a Q&A with reporters on the White House driveway. “It’s ridiculous, absurd allegations that have absolute no bearing in truth,” she said. “Have yet to see the book, but it is a book of falsehoods.”

Surely, the real President Trump will have plenty to say about it, but in the meantime: