Larry Puglia explains how he has outperformed benchmarks while running the T. Rowe Price Blue Chip Growth Fund for more than 25 years. 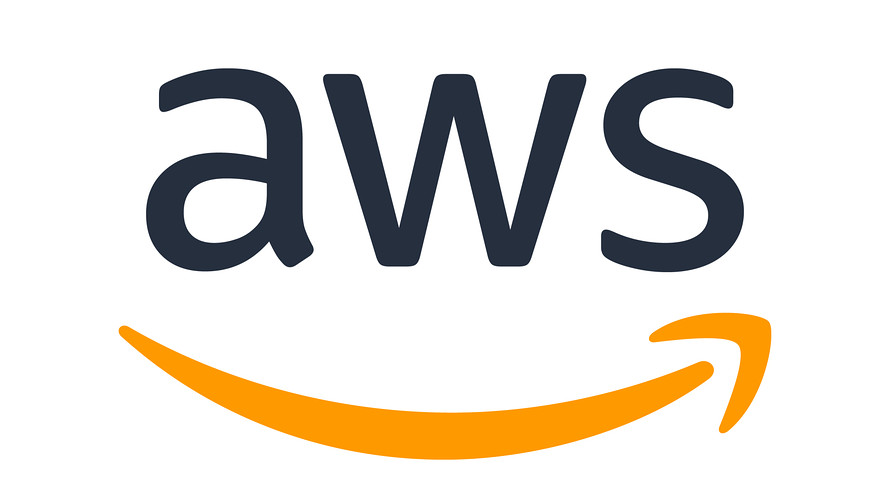 Amazon
Amazon Web Services’ strong competitive position is one reason Amazon.com made up 10% of the $57 billion T. Rowe Price Blue Chip Growth Fund as of Dec. 31.

While that might be mostly true, there are exceptions, of course. The T. Rowe Price Blue Chip Growth Fund (NAS:TRBCX)  has outperformed its benchmark for decades. Larry Puglia, who has run the fund since 1993, talked to MarketWatch about his investment strategy and several stocks he favors.

An argument against active management is cost. A typical actively managed fund can have annual management fees north of 1% of assets. Some have sales charges for certain classes of shares and/or high minimums for lower-cost share classes. Some funds/share classes have additional 12b-1 “distribution fees.” Some classes of actively managed funds or share classes are only available through an investment adviser, who can easily charge you 1% on top of the fund’s own expenses.

‘People question active management, but so far it has worked out well for us.’

Meanwhile, there has been a race to the bottom in terms of fees for some of the largest index ETFs. The SPDR S&P 500 ETF (PSE:SPY)  has an annual expense ratio of only 0.09%, while the Vanguard S&P 500 ETF (PSE:VOO)  has even lower annual expenses of 0.04%, according to Morningstar. [That’s 4 basis points. One percent is equal to 100 basis points.]

During the bull market that has lifted all broad-index boats, the low-cost index-fund strategy has seemed to be a no-brainer, especially if your alternative in a 401(k) account is high-cost target-date funds. But there are still investors who believe a good manager can mitigate downside risk while maximizing upside capture when compared with a benchmark index.

The T. Rowe Price Blue Chip Growth Fund has $57.1 billion in assets and has had a remarkable record for beating its benchmark, the Russell 1000 Growth Index (USA:RLG)  and measures up even better against the S&P 500 (S&P:SPX)  (including reinvested dividends).

Here are comparisons of total returns for the T. Rowe Price Blue Chip Growth Fund’s retail shares (after expenses) to those of the two indexes:

So the fund beat both indexes by considerable margins for all of the long-term periods. And comparisons to the index ETFs would be even more favorable, because the ETFs have fees, however small.

For some periods, the fund’s ourperformance, on an average annualized basis, may not look significant, but the differences add up over long periods. Here’s a comparison of 15-year total returns: 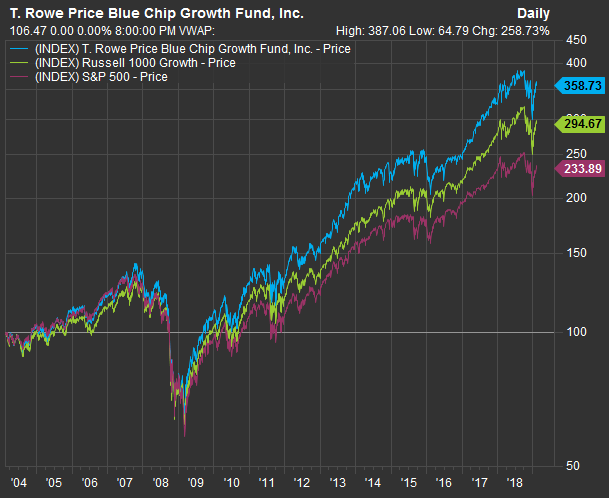 Here’s an edited version of Puglia’s interview with MarketWatch:

MarketWatch: How can a fund with $57 billion that holds 122 stocks [as of Dec. 31] avoid being a “closet indexer” and outperform the indexes so consistently? [A “closet indexer” refers to funds that adhere closely to their benchmarks for fear of underperforming.]

Larry Puglia, manager of the T. Rowe Price Blue Chip Growth Fund: You can own 120 names but still have investments that are quite differentiated from the benchmark. There are a lot of large companies in the benchmark that we have not owned at all. AT&T (NYS:T)  is one; General Electric (NYS:GE)  is one we have not owned for five or six years. Conversely, we have held Danaher (NYS:DHR)  in pretty good size for 25 years.

There have been times when the top positions in the fund have had fairly significant weights. The top 20 names in the portfolio have made up generally 40% of the assets. [As of Dec. 31, the fund was even more concentrated, with the top 10 positions making up 45% of the portfolio. They are listed below.]

At one point we had 10% in Apple (NAS:AAPL) . We have had more than 10% in Amazon (NAS:AMZN)  recently, but that is unusual. When you put several 5% positions together, you can have some concentration in a portfolio. 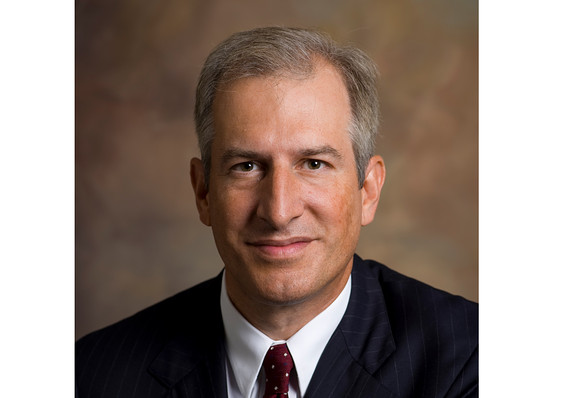 MarketWatch: Can you describe your approach to selecting stocks?

Puglia: When we launched this product, we considered calling it the quality growth fund. A blue-chip growth company is one that can generate durable earnings and free cash growth. That typically comes form three things:

A leading market position — number one or two by market share.

The third thing we look for is strong financial fundamentals, principally a high return on invested capital.

MarketWatch: How do you feel about stock buybacks? Is over-enthusiasm for buybacks causing some companies to underinvest?

Some companies that have been fairly aggressive in buying stock back have also treated employees well and invested in their business to generate growth. Buybacks are a tool that can be employed sub-optimally or very wisely. Some of the best investments we have had have not only bought back stock, they have done so opportunistically. Many have also increased dividends over time and invested wisely. Some of these companies tend to look out for all their constituents.

UnitedHealth (NYS:UNH) and Microsoft (NAS:MSFT)  are great examples of companies that have bought back a lot of stock and are outstanding corporate citizens. They have invested intelligently in their communities and have high rates of employee satisfaction.

In hindsight, when a stock is down, you find a company was buying shares at a high price and stopped at low prices.

Boeing (NYS:BA) is another example that is considered a high-quality company that is a very consistent repuchaser of stock. [Boeing was the T. Rowe Price Blue Chip Growth Fund’s fourth-largest investment as of Dec. 31.]

We find companies all the time making more mistakes acquiring companies at high prices than reinvesting money or buying back stock.

MarketWatch: Have you done any repositioning over the past year in light of the return to volatility?

Puglia: Our overall turnover rate would indicate we didn’t do anything noteworthy or dramatic. Our turnover is in the low 30s, well below our pears. [A 33% turnover, for example, means a third of a portfolio would be changed in the course of a year.]

Today the U.S. economy seems to be doing rather well, but global economies have slowed and run the risk of further slowing. We have had to be mindful of that. We have kept close track of interest rates.

Financials have been one of the most challenging areas. There is not much of a financial weighting in the Russell 1000 Growth benchmark. That is challenging for us because we have an overweight position in financials. We still see significant value there.

There are a lot of cross-currents in this market. There are certainly a number of risks to growth. For large internet stocks, the level of regulatory risk has gone up and we have had to be mindful of that also. We have stuck with Facebook (NAS:FB)  and added to that and were heartened when earnings came through. Both the quality and quantity of user growth came through.

Read: Facebook had a bad year? Not judging by its bottom line

If you put risks in buckets, you have China, world economic growth and interest rates and then regulatory scrutiny. Those are pretty important risk areas we have monitored.

MarketWatch: What actions have you taken while assessing these risks and opportunities from recent volatility?

Puglia: We have been active buyers of things like Boeing, UnitedHealth, Facebook and even Alphabet (NAS:GOOG) (NAS:GOOGL)  [Google’s holding company]. We’ve been a net buyer of technology — not so much in the semiconductor space, but more in software.

We have been buyers of health care too, including Stryker (NYS:SYK)  and Anthem (NYS:ANTM) .

MarketWatch: What do you avoid?

Puglia: We have been pretty clear for the life of the fund that we are not especially interested in industries that are deeply cyclical or fragmented, where most participants don’t earn their cost of capital. We are very supportive of Michael Porter’s work on sustainable competitive advantages.

You look for industries and then companies with high barriers to entry. It is very difficult to manufacture aircraft, for example. Another example is cloud processing, including Amazon Web Services. We think there are high barriers to entering that business.

The companies have built so much scale, it will be very difficult for others to compete with Amazon Web Services or Microsoft’s Azure.

MarketWatch: What about Apple — are you still holding the stock?

Puglia: Yes, but I am not as enthusiastic about it as I am about other names we have discussed. We had owned Apple in great size. At one time it was more than 10% of the fund, but we are not as enamored with it at this time.

After Steve Job died [in October 2011], we told clients that we would have to monitor the company very carefully because it was possible they would not innovate as well as they did in the past, particularly in the area of smartphones with big screens. Apple fell behind in innovation. That was when we sold a lot of our stock. We later became aware the smartphone market was maturing, especially in China, where it become clear consumers wouldn’t be wanting to pay $800 to $1,000 for a new smartphone. Competitors were providing good phones for $400 to $500.

MarketWatch: Are there any opportunities you believe the market is overlooking?

Puglia: We think people are still not paying enough attention to some of the durable growers. Growth has outperformed value, so there is a real tendency to think there has to be a reversion. There could be, but there are stocks that aren’t necessarily growth stocks — UnitedHealth and Microsoft or Honeywell (NYS:HON)  or Dollar General (NYS:DG)  or Boeing.

It can be the type of market where it is not a rising tide lifting all boats. Companies that are growing nicely can continue to perform reasonably well.

When we look at where there are really cheap stocks — energy is an area where we are tempted but we do not make a big commitment to energy.

Puglia: People question active management, but so far it has worked out well for us.

Here are the 10 largest holdings of the T. Rowe Price Blue Chip Growth Fund as of Dec. 31:

<STRONG /> Barron’s: These are the 100 most sustainable publicly traded companies