Puerto Rico’s debt will have to be wiped out, Trump says 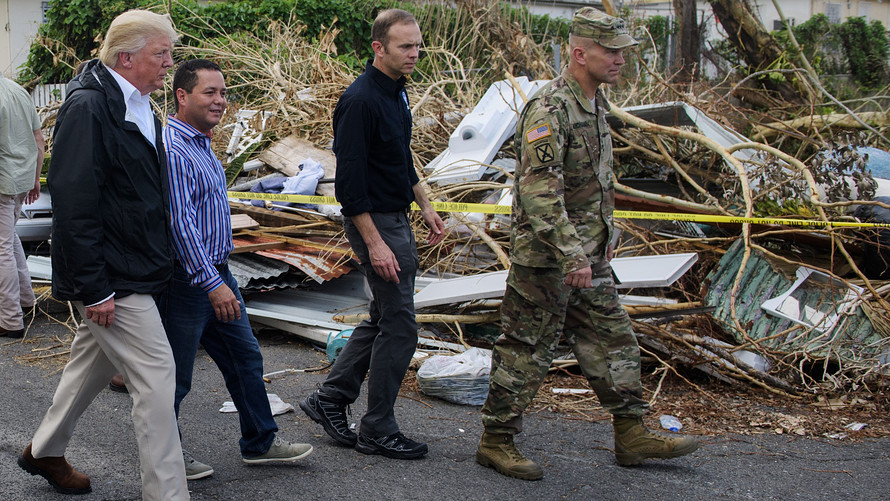 Puerto Rico’s massive debt load will have to be wiped out, President Donald Trump said Tuesday in an interview with Fox News.

“They owe a lot of money to your friends on Wall Street and we’re going to have to wipe that out. You’re going to say goodbye to that, I don’t know if it’s Goldman Sachs /zigman2/quotes/209237603/composite GS -0.65%   but whoever it is you can wave goodbye to that,” Trump said in a pre-recorded interview with Geraldo Rivera that aired on Sean Hannity’s show Tuesday night.

Puerto Rico has been mired in a deep recession since 2006. The island was placed under court protection in May in the biggest-ever U.S. municipal bankruptcy, owing $73 billion to creditors. The island’s state-owned power utility has also been placed into bankruptcy protection.

Trump did not give details of how the debt might be erased.

Moody’s on Tuesday said the credit quality of Puerto Rico and the U.S. Virgin Islands — which is also financially stressed — face challenges according to a Reuters report , and estimated Puerto Rico’s total storm costs, including lost output, at $45 billion to $95 billion. 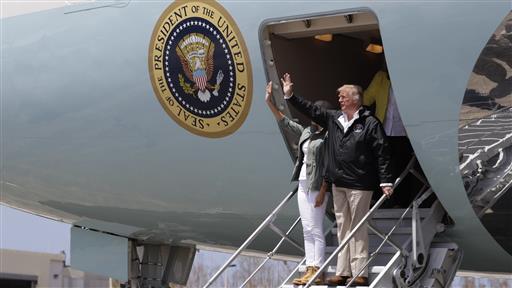 In comments during a visit to Puerto Rico on Tuesday, President Donald Trump said aid to the island has thrown the federal budget "a little out of whack,” and compared the number of deaths from Hurricane Maria and 2005's Hurricane Katrina. Photo: AP

Puerto Rico is in dire need of federal relief after being battered by Hurricane Maria two weeks ago. The island’s 3.4 million residents are still mostly without power, and food, drinking water and fuel are in short supply. Late Tuesday, Puerto Rico Gov. Ricardo Rosello announced the death toll had risen from 16 to 34, and it is expected to rise even higher.

Trump visited the island earlier in the day, and mentioned the fiscal impact of rebuilding.

“I hate to tell you, Puerto Rico, but you’ve thrown our budget a little out of whack,” Trump said. “Because we’ve spent a lot of money on Puerto Rico, and that’s fine. We’ve saved a lot of lives.”

Trump has been criticized for his administration’s slow response to aid Puerto Rico compared to the response when recent hurricanes hit Texas and Florida.