Read this before hiring or paying a nanny

It’s one of the more emotionally fraught employer-employee relationships 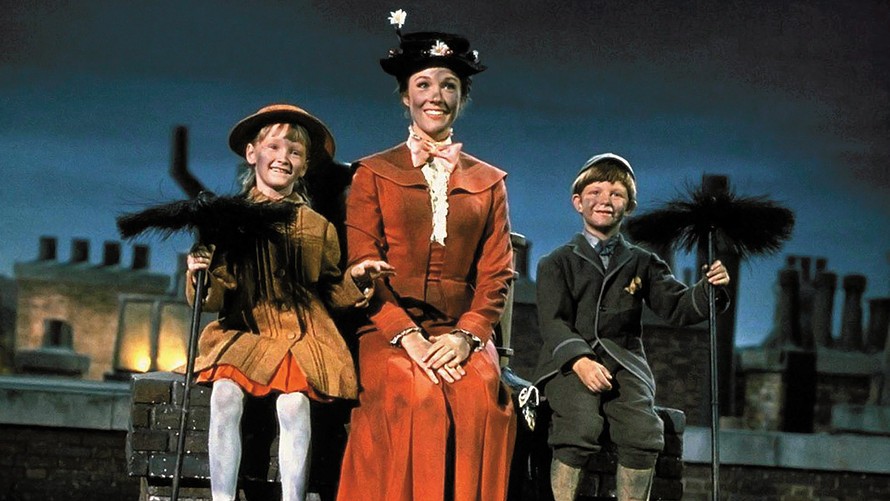 Actress Mary-Louise Parker got an unwelcome taste of the dark side of nannies this week when her children’s caregiver was arrested for allegedly using Parker’s PIN to steal more than $30,000 from the “Weeds” actress. That’s a nightmare scenario, of course, but it’s a reminder of the highly personal nature of the nanny relationship.

Back-to-school season is prime time for hiring nannies and soon many families will be entrusting their children to the care of a stranger.

It’s something that’s becoming increasingly expensive: Nearly a third of families spend 20% or more of their annual household income on child care, up from 18% in 2014, according to Care.com’s most recent survey of child care costs.

But in addition to the financial burden, hiring a nanny for the first time can also be one of the most stressful and emotional decisions a parent will make and, as such, they could be more likely to make mistakes. “It’s the first time they’ve had a baby and now they’re trying to go back to work and juggle everything,” said Tom Breedlove, business development director at Care.com HomePay, which provides household payroll services.

And — whether or not you live in a $3 million home or a $300,000 home — parents are dealing with the double whopper of being a parent and being an employer. That’s a lot of responsibility, Breedlove says. “Some people say, “Oh, this makes my head hurt,’” he says.

With that in mind, here are some of the most costly mistakes parents make when hiring and managing a nanny:

It’s been almost 25 years since then-President Bill Clinton’s Attorney General nominee Zoe Baird lost her shot at the job because of a controversy over not paying a domestic worker’s Social Security taxes (along with two other would-be Clinton appointees).

Baird’s name is a distant memory but the phrase “nanny taxes” has stuck around, and it’s confusing for families, Breedlove said, because it gives the impression that nanny-related taxes are paid on tax day, like income tax is. That’s not correct. Just like your paycheck has taxes for Social Security, Medicare and unemployment taken out of it, so must your nanny’s . The time to set that up is when you hire the caregiver.

“When busy families think of taxes, they think, ‘Oh I can deal with it at tax time,’ meaning next March or April. But the problem is, it’s really not a tax issue, it’s an employment issue,” Breedlove said. Care.com has a calculator to help families figure out their payroll tax obligations.

Don’t pay more than (or below) the market rate

How much you pay your nanny depends of course on unique factors including how old your children are, how many years of experience the nanny has, and whether the nanny’s duties include tasks such as cooking, housecleaning and driving children to activities.

Table:Average hourly rate for nannies working a 40-hour week, caring for one to two children

You can get a ballpark idea for rates in your area on sites like Care.com, PayScale, Sittercity and International Nanny Association. But also check in with Facebook groups for families in your neighborhood and local parenting groups such as DC Urban Moms, Berkeley Parents Network, and Park Slope Parents in Brooklyn.

Park Slope Parents’ most recent survey of nanny compensation , released in July, found that the average hourly pay for a nanny caring for one child is now $17.63 — an increase of $1.99 since 2015.

Parents can save considerably on costs by doing a “nanny share” where they pay for a nanny to watch their child and another family’s child at the same time.

Don’t pay ‘off the books’

Some families hand their nanny cash or a check every week, and leave Uncle Sam out of the equation; some even say their nannies prefer this arrangement. However, that’s illegal, says Daniel Rafeedie, director of sales and marketing at the household payroll service HomeWork Solutions.

Nannies are protected by the federal Fair Labor and Standards Act, which means they must be paid overtime when they work more than 40 hours in a week and they must be paid at least minimum wage, Rafeedie said. Families are also responsible for withholding payroll taxes — sometimes called “nanny taxes” (see below) and face penalties, including fines, if they don’t.

Several states have more stringent employment laws that supersede federal law and require benefits such as paid sick time or, in California, the right to use your employer’s kitchen to cook your own food. For more information on state laws check here .

It’s also illegal to hire an undocumented worker, but if you do, you’re still responsible for paying taxes for them, Rafeedie noted.

It’s a common misconception that nannies are independent contractors whose wages are reported on a 1099. That’s wrong, and using that form instead of the correct one — a W-2 — can be considered tax evasion, Breedlove said. A W-2 is the correct form because the nanny is an employee of the family in the eyes of the IRS, and the family must withhold Social Security and Medicare taxes.

Do use a written agreement or contract

This isn’t legally required, but having one will prevent angst down the road.

“You want a well-crafted work agreement that spells out the terms and conditions of employment, including hours, duties, benefits and compensation,” said Rafeedie of HomeWork Solutions, which has a sample contract on its website.

When issues such as holidays aren’t spelled out and a question comes up about how much money the nanny is owed, families tend to overpay rather than underpay because they don’t want to anger their caregiver, said Park Slope Parents’ Fox. Families worry an unhappy nanny could lead nannies to give their children less-than-optimal care, Fox said. “There’s this big fear that if I don’t pay my nanny well, it will impact how my child or children get treated,” Fox said.

Do have performance reviews

Keeping your nanny informed about whether she or he is meeting expectations will prevent misunderstanding — and surprises — if you have to fire the nanny because they’re not performing well, Fox said.

Do get workers’ compensation insurance

Many families mistakenly assume that their homeowner’s insurance covers medical bills if the nanny gets injured while working, but that’s not the case. If a worker such as a plumber was injured in your house, yes, you would probably be covered under a homeowner’s insurance policy, Breedlove said. But because nannies are “W-2 employees” — meaning their income must be reported on an IRS W-2 form — the family should also have workers’ compensation insurance. “These families are really looked at as businesses and entities that have liabilities,” Breedlove said.

Some states even require workers’ compensation insurance. In New York, families can be fined $200 a day for not having it.

As an employer, you’re required to provide your nanny with pay stubs and timesheets, and you’ll need to keep a Form I-9 (employment authorization verification) and a W-4 (tax withholding) on file for them. One important reason to do this: if there’s a dispute about whether you paid your nanny correctly, you’ll have proof.

Don’t put your nanny on your company’s payroll

Some families that run a business think they can just put their nanny on the company’s payroll, but that’s illegal under IRS rules, according to Breedlove.