Read this before you panic about a global coffee shortage 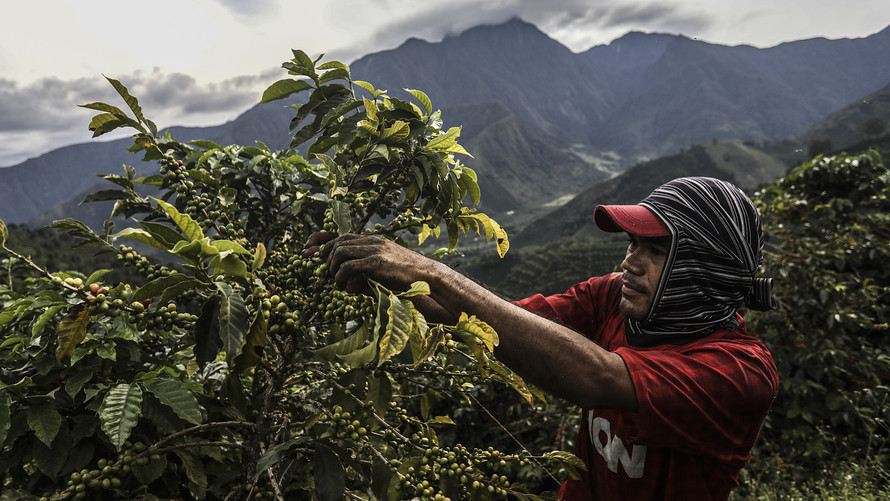 Anyone rushing to stockpile Chock full o’Nuts ahead of an impending worldwide coffee shortage would be well advised to save their time and money, experts and economists say: U.S. retail supplies and prices are unlikely to be affected much, if at all, even if the global production shortfall pans out as predicted.

“There’s a glut of ordinary coffee out there,” said Peter Roberts, a professor at Emory University’s Goizueta Business School and a leading independent expert on the global coffee industry.

But widespread shortages or rationing are unlikely, experts say. The predicted shortfall is equal to about 0.3% of global supply and about 0.2% of typical year-end world-wide inventories, ICO data reveal . It’s also about one quarter of the shortfall seen in 2017, when prices fell.

“Whether you look at one year, five years or the last few months, we’re looking at a solid downward trend [in retail coffee prices],” said Steve Reed, an economist at the U.S. Bureau of Labor Statistics.

And “historically, this is not the largest ‘shortage’ we’ve seen,” said Bernadette Gerrity, a director of the New Jersey-based coffee producer Pan American Coffee Co. “Fluctuations in retail price are unlikely unless a ‘shortage’ persists through future crops.”

International coffee futures have already risen 31% from October’s lows in anticipation of tighter supplies. But that still leaves them below their 2017 average. They’re also down over three, five and ten years. They remain 60% below peak levels seen in 2011. In May they hit a 14-year low. “The coffee market has been exceedingly low over the past year and a half,” says Gerrity at Pan American Coffee.

“Prices of these beans will go up,” added Alex MacKay, a Harvard Business School economics professor. “This is how we’ll allocate coffee to people who want it the most.”

Gerrity says that she doesn’t see this filtering through to U.S. consumers any time soon. But she added that if international coffee prices rise a long way, that could happen.

Typically, the cost of green, unroasted coffee makes up only a small percentage of the total retail price, so even big changes in the underlying cost of the coffee are likely to have only a small effect on how much consumers are likely to pay.

In a store or a coffee shop, “a lot of the costs you’re paying for are the labor costs, the rent of the location, and the production process,” said MacKay.

At $1.22 a pound, raw, unroasted coffee prices make up barely a third of the cost even of cheap coffee bought in a tub at an inexpensive supermarket . They account for even less of the cost of premium coffee, experts say. The cost of the raw beans accounts for only about 5 cents of the cost of a typical cup of coffee served as a beverage, they add.

As a result, a 20% jump in raw coffee prices might add only about 20 cents to the cost of a pound of coffee in the store and a single penny to the cost of a cup of coffee in a diner. The retailer may well just absorb the costs rather than trying to pass it on to the consumer, the experts suggested.

“I would strongly predict that if [the raw coffee] price went up 20% from where it is now, you would see no rise whatsoever in the retail price of good quality coffee,” says Emory’s Roberts.

It’s unclear how much of next year’s shortfall may be due to climate change. “Some of the production issues could be related to climate change, [but] others are market-based,” said Aaron Davis, a senior researcher at London’s Royal Botanic Gardens and co-author of a recent paper on climate change and coffee growing .

Davis and other experts warn that climate change may hurt coffee production in some parts of the world in the future , threatening rising prices for consumers here and economic pain for producers there.

Meanwhile, the ICO reports that global coffee production by exporting countries has risen by about a fifth over the past 10 years and by around 50% over the past 20.