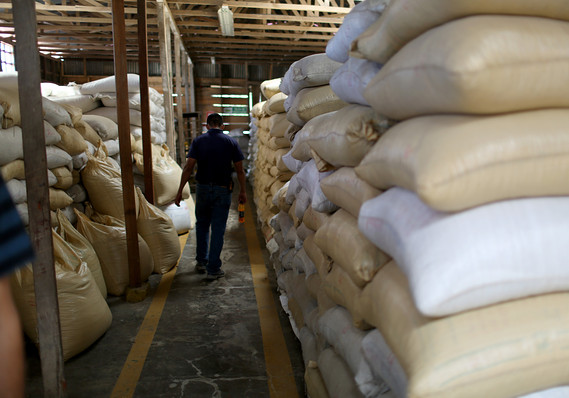 In the spring of this year, we outlined a case for selling call options in the coffee market based on the arrival of the Brazilian harvest.

While the calls we suggested remained well out of the money, coffee prices experienced a counter-seasonal rally in June and July. (This is, of course, the perfect case for selling options, in that you don't have to get market direction exactly right to profit from short options.)

Financial and commodity news outlets attributed the price rally to "dryness" in Vietnam. But Vietnam exported over 45% more coffee in June than they did in June 2015. Any dryness would likely only have an impact on next year's crop.

Brazil lost up to three million bags of yield to their robusta crop this year due to isolated dryness in robusta growing regions. But that news was known as early as April. And three million bags was a literal "drop in the bucket" in overall Brazilian output.

Why Brazil held on

While prices tend to fall as the Brazilian crop arrives (Brazil is the world's largest producer of coffee) It seems that Brazilian coffee farmers had a different approach up their sleeves this year.

As concern over Brazilian government stability faded, the value of the Brazilian real began to surge — just at the time Brazilian farmers are typically unloading their new crop onto the world markets. With the value of their own currency rising, farmers yield less of a profit by selling on the global market. Thus, many saw a potential advantage in holding their crop off of global markets in expectation that the real would eventually level off or recede — thus bringing in more dollars for their crop down the road.

An additional plus of such a position? It can add high-octane yields to your portfolio regardless of what goes on in the streets of Mosul or Paris, (or Baton Rouge for that matter) or the election booth this fall.

This appears to have put a temporary crimp into global exports, thus driving coffee prices nearly 30 cents per pound higher from early June through mid July.

But with the real appearing to approach equilibrium as of late, farmers’ reluctance to sell is likely to give way in the coming months — especially as the "frost premium" now built into prices (it's winter in Brazil now) begins to fade in September.

As an option seller, taking premiums at points such as this can be especially lucrative — even if you're a few weeks early or late to the party. Fundamentally overpriced markets can open up far distant strikes at inflated premiums. As we will outline briefly below, in August of 2016, coffee appears to be such a market.

Despite the early summer rally in coffee prices, overall fundamentals remain bearish. While the 2016 Brazilian coffee harvest will be just shy of a new record, the expected final harvest of 56 million bags is a monster. But that's not the real story for prices. Brazilian coffee production is made up of both arabica and robusta coffee. Brazil's arabica production will swell to an all-time record of 43.9 million bags this year. This is important because higher quality Arabica beans are what makes up the majority of the ICE futures contract. (This is what you sell options on.)

This continues to suggest that the coffee-supply picture is far from dire. It fact, it remains outright burdensome — at least for the New York-traded arabica variety.