“I have strongly denounced David Duke’s hateful views and his so-called ‘support’ multiple times in the past, and reject his support,” Gabbard said 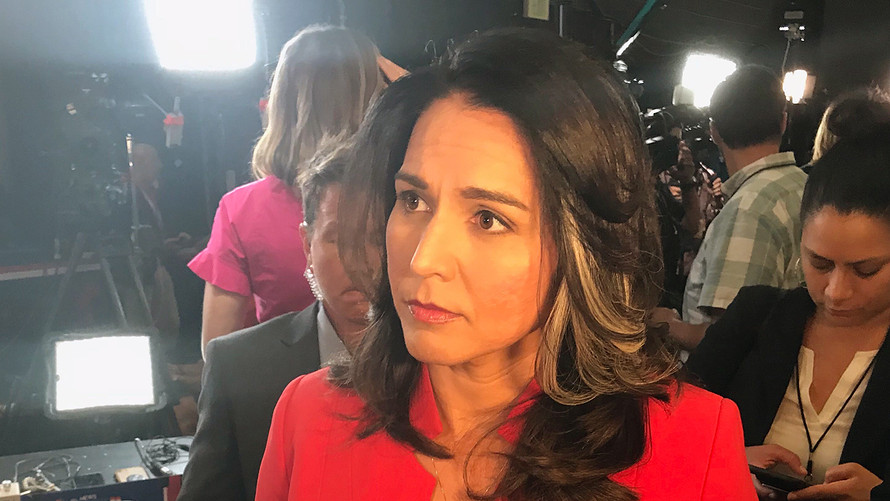 Democratic presidential hopeful Rep. Tulsi Gabbard has apparently gotten an endorsement she said she can do without — from former KKK leader David Duke.

The 68-year-old white supremacist and former GOP Louisiana state senator plastered a banner on his Twitter page prominently featuring a photograph of the Hawaiian lawmaker, the New York Post reported.

“Tulsi Gabbard for President,” it blares, along with the tagline: “Finally a candidate who will actually put America First rather than Israel First!”

“Tulsi Gabbard is currently the only Presidential candidate who doesn’t want to send White children off to die for Israel,” the former Grand Wizard tweeted his more than 50,000 followers along with a photograph of Gabbard meeting a US service member and his child.

But Gabbard wasted no time in lashing back at Duke and rejected his backing.

“I have strongly denounced David Duke’s hateful views and his so-called ‘support’ multiple times in the past, and reject his support,” she told The Post in a statement Tuesday.

“Publicizing Duke’s so-called ‘endorsement’ is meant to distract from my message: that I will end regime-change wars, work to end the new cold war and take us away from the precipice of a nuclear war, which is a greater danger now than ever before.”

Gabbard — who is of Samoan heritage — served with the US Army National Guard in Iraq from 2004 to 2005 and was first elected to office in Hawaii in 2013.

In November 2016, Duke tweeted that Gabbard was a representative of a “political realignment” he hoped to see in the US — and called for Donald Trump to appoint her secretary of state.

She responded: “U didn’t know I’m Polynesian/Cauc? Dad couldn’t use ‘whites only’ water fountain. No thanks. Ur white nationalism is pure evil.”

The following month, she tweeted: “Our movement is one of love/aloha, inclusivity. Duke represents hatred, racism, anti-Semitism, fear. We don’t want his ‘support.’ Period.”

In the early 2000s, Gabbard touted working for her father’s anti-gay organization, which sought to pass a measure against same-sex marriage in her state and promoted controversial conversion therapy.

In a statement to CNN, she said: “First, let me say I regret the positions I took in the past, and the things I said. I’m grateful for those in the LGBTQ+ community who have shared their aloha with me throughout my personal journey.”

When asked by CNN’s Jake Tapper in February that year whether he’d disavow the former Grand Wizard, the then-Republican candidate said: “Just so you understand, I don’t know anything about David Duke, OK?”

Duke again praised Trump’s presidency after the deadly white supremacist rally in Charlottesville, Virginia, in August 2017 in which Trump claimed there were “very fine people on both sides.”

Duke did not immediately respond to a message for comment Tuesday.