‘If you’re going to tear down a shack and build a five-, six-bedroom house, you don’t call that a replacement shack. You call that a new house.’

That’s Chad Wolf, the acting secretary of homeland security, giving voice to an apparent Trump administration frustration with a lack of public acknowledgment of progress toward delivery on the 2016 campaign’s signature border-wall promise.

Media fact checkers have routinely determined that little to no new wall has been constructed since President Donald Trump took office in January 2017, with a need to acquire land from unwilling sellers via eminent domain, costs generally and environmental degradation among the cited obstacles.

But, speaking with Brian Kilmeade of Fox News last week, Wolf was at pains to reframe the debate , arguing that, even if the wall portions constructed under Trump demarcate the very same portions of the border between the U.S. and Mexico as pre-existing wall, they represent an upgrade on that existing wall that’s so significant they can only be considered wholly new. 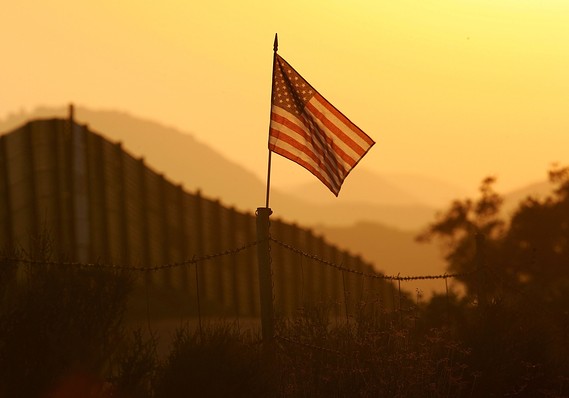 Getty
A U.S. flag put up by activists who oppose illegal immigration flies near the U.S.-Mexico border fence.

Not all viewers of the Fox interview were sold on Wolf’s logic: