The U.S. will feel real pain when interest rates rise 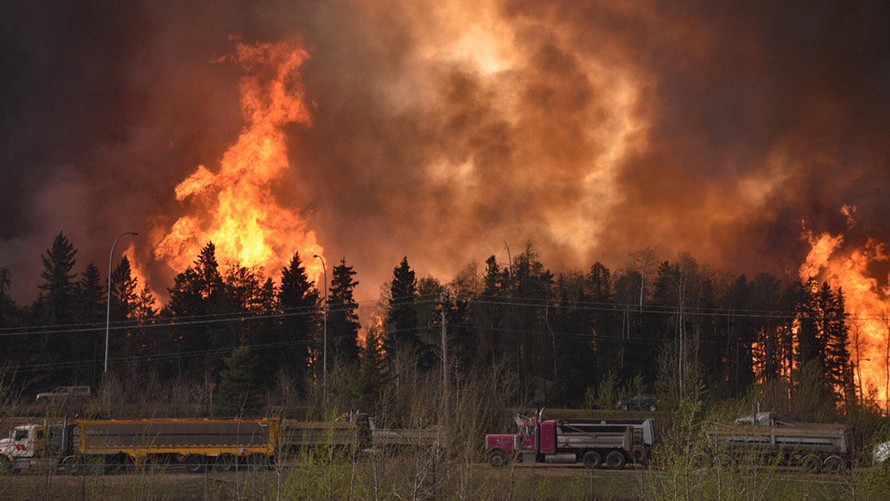 It wasn’t enough that the Republican-controlled Congress, in a straight party-line vote, passed massive tax cuts that overwhelmingly benefited big corporations and wealthy Americans. Those cuts could add $2 trillion to the federal debt over the next 10 years.

And it wasn’t enough that this same Congress, this time with the support of free-spending Democrats, hiked military and domestic spending and busted all the hard-won limits of the 2011 Budget Control Act. After some grumbling and tweeting, President Trump signed that bill, despite all his doom mongering about federal debt on the campaign trail.

Those two acts, the latter of which was longer than “Atlas Shrugged” and “Gone With the Wind” combined and which legislators had less than 24 hours to read before voting, destroyed whatever fiscal probity that was left in Washington, D.C.

A recent report by the nonpartisan Congressional Budget Office projects $1 trillion annual deficits as far as the eye can see. It says the annual deficit will stay around 5% of gross domestic product (GDP), way above its 2.9% average, and the CBO projects total debt held by the public will rise from 76.5% of GDP in 2017 to an astonishing 96.2% in 2028.

Read: During a recession, these workers actually see an increase in salary

And — this is key — CBO assumes “temporary” tax cuts in the bill will expire when they’re supposed to, before 2026, implying a future tax increase for many Americans. If Congress decides to extend those tax cuts instead, we’d see cumulative deficits of $15 trillion over that period, the CBO predicts. Yes, folks, that’s “trillion” with a “t.”

That’s where the party of fiscal responsibility is taking chutzpah to a whole new level. Remember, to avoid the Senate’s 60-vote requirement to break a filibuster, leaders used a legislative process called reconciliation in the first tax cut. But the Byrd Rule allows reconciliation to be used only if the budget or tax bill being considered doesn’t increase the deficit beyond 10 years after passage.

So, guess what? The tax cuts that benefited big corporations (cutting top corporate tax rates to 21%) and wealthy donors were made permanent in the bill. Only by making the cuts for the rest of us sunset in 2026 could the bill pass the Senate on a straight majority vote.

Trouble is, there’s a big midterm election this year and Republicans are freaking out. Some 37 GOP incumbent congressmen , including Speaker of the House Paul Ryan of Wisconsin, are retiring, and even GOP stalwarts like Wisconsin Gov. Scott Walker warn a Blue Wave is a-comin’ .

The tax cut was the GOP Congress’ and President Trump’s signature legislative achievement, so you’d think they’d be thrilled to run on it, especially with low unemployment and a very good economy.

But polls show voters are just not into them. More ominously for the GOP, as with the Affordable Care Act, the tax cuts aren’t getting more popular, either. A Wall Street Journal/NBC News poll released last week found that just 27% of Americans thought the tax cuts were a good idea and a majority — 53% — believes they will have a negative impact from — wait for it — “higher deficits and disproportionate benefits for the wealthy and big corporations.”

What do you do when so many deluded people just can’t see what’s good for them? Why, double down, of course, and that’s where the proverbial gasoline on the fire comes in.

On his way out the door, Speaker Ryan, Mr. Fiscal Conservative himself, vowed to make the individual tax cuts in last year’s law permanent. But the Senate will now need 60 votes to break a filibuster on this bill, so Republicans will dare vulnerable Democratic senators in deep red states to vote against two tax cuts. (Can you see the attack ads already?)

One of the few remaining so-called GOP budget hawks, Senate Bob Corker of Tennessee, said, “ Hell no — double hell no ” to the idea. (He’s retiring, too, by the way.) Democratic senators may call the GOP’s bluff, and the effort may fall short.

Last week the International Monetary Fund reported the U.S. is the only advanced nation whose debt-to-GDP ratio is growing rather than shrinking. Even basket cases like Greece and Cyprus are making big improvements in this area. “We urge policymakers to avoid fiscal policies that provide unnecessary stimulus when economic activity is already picking up,” the IMF warned (hint, hint). Rising interest rates could dig us into a deeper hole, cause even greater political turmoil, and crowd out more productive investments.

In light of that, isn’t it ironic that the party that came to power in the 2010 Tea Party wave, whose main issue was the ballooning national debt; which brought the country to the brink of default the following summer over raising the debt ceiling, and whose presidential standard bearer in 2016 promised to wipe out the federal debt in eight years , now is almost gleefully burning down the house?