Republicans might make this major change to the CFPB

Here’s what the leadership shake-up could mean for consumers 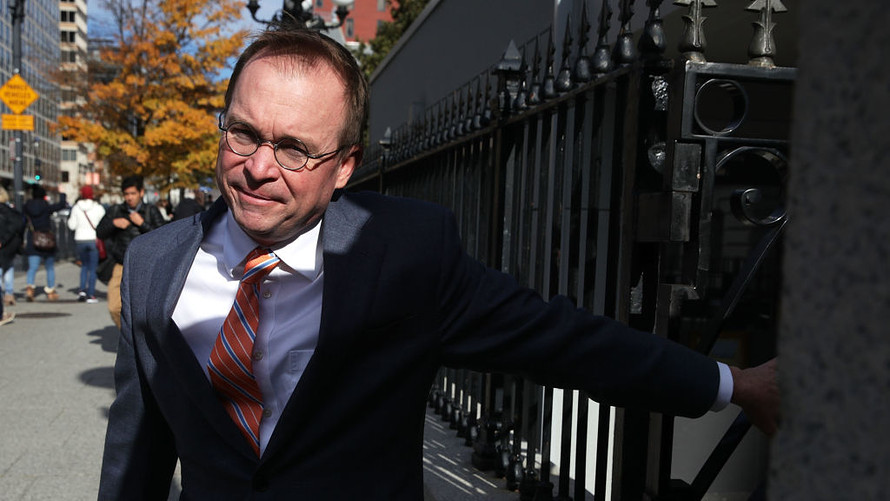 It has been a chaotic week at the Consumer Financial Protection Bureau, with two leaders battling for control of the organization. The outcome of the fight could have big implications for consumers — and the complaints they make to the watchdog agency.

Advocates worry President Donald Trump’s pick to head the watchdog agency could neuter one of its most high-profile assets: a database of hundreds of thousands of complaints filed by consumers about issues ranging from predatory debt collectors to errors on credit reports. Republicans have argued that the database shouldn’t be public, while consumer advocates say the public list of complaints is an important tool for consumers.

The fate of the database is one of many questions up in the air as the agency faces Trump-appointed leadership. Trump has said the CFPB “has been a total disaster” and that “financial institutions have been devastated.”

Richard Cordray, who was the CFPB director for five years, stepped down on Nov. 24. President Donald Trump then said he has the power to appoint an acting director of the CFPB, and he appointed Mick Mulvaney, the head of the Office of Management and Budget. But Leandra English, who was appointed by Cordray to be the agency’s deputy director, maintains that under the Dodd-Frank Act — which created the CFPB — she is the “rightful acting director.”

Interested in impact investing? Here's everything you need to know

Impact investing, a subset of socially responsible investing, doesn't just focus on avoidance of harm to society and the environment, but actively seeks to make a positive impact. Here's what you need to know to become an impact investor.

She filed a lawsuit in federal court, and a federal judge ruled Tuesday that Mulvaney would lead the CFPB as a temporary “acting director.”

Mulvaney’s arrival could mean a new era for the CFPB’s database of consumer complaints, which is currently open for the public to read .

When consumers submit complaints to the CFPB, the agency gives companies 15 days to respond . If they do not respond in time, the CFPB publishes the complaint in an online database. The agency also analyzes those complaints and creates reports about trends on a regular basis.

Consumers submitted nearly 200,000 complaints in 2016, most commonly complaining about their credit reports.

According to the Dodd-Frank Act, the CFPB is directed to have a unit dedicated to research, community affairs and “collecting and tracking complaints,” said Pamela Banks, senior policy counsel at Consumers Union, a consumer advocacy nonprofit based in Yonkers, New York. However, the law does not require that database to be public. And the Financial CHOICE Act — which many Republicans have promoted as a way to roll back many requirements of Dodd-Frank — specifically says it would prevent the CFPB from making those complaints public.

“Is the purpose of the database just to name and shame companies ? Or should they have a disclaimer on there that says it’s a fact-free zone, or this is fake news?,” said Barry Loudermilk, a Republican congressman from Georgia, at a congressional hearing in April.

“Once the damage is done to a company, it’s hard to get your reputation back,” said Bill Himpler, the executive vice president of the American Financial Services Association, a trade group, the Associated Press reported.

The CFPB and OMB did not immediately respond to MarketWatch’s request for comment.

Making the database private “is a clear tactic by the financial industry, big banks, debt collectors and predatory payday lenders to make it harder for consumers to access the database and weaken any power they have to hold them accountable,” said Karl Frisch, the executive director of Allied Progress, a left-leaning consumer watchdog organization.

“They want to sweep problems that consumers still face under the rug,” he said.

To be sure, consumers would have other avenues to pursue complaints if the CFPB did away with its public database, or made it private. Other government agencies, including the Federal Trade Commission, also oversee financial institutions and intervene on behalf of consumers when the companies act unlawfully.

“Before the CFPB was created, consumers unable to resolve an issue with their bank directly could always file a complaint with their bank’s regulator, an option that still exists today,” said Jeff Sigmund, a spokesman for the American Bankers Association, a trade group. “Banks are committed to working directly with consumers to resolve any misunderstandings or complaints.”

But resolving individual complaints with credit-card issuers, banks, lenders and other financial institutions can be a confusing and time-consuming for consumers, who likely do not know which regulators govern each company, said Matt Schulz, a senior industry analyst at the credit-card website CreditCards.com.

What’s more, many turn to the CFPB when they have already tried to resolve complaints with the companies on their own, Schulz said.

And a public database is important for consumers, because it gives them a resource when shopping around for bank accounts, credit cards and other financial products, he said.

“Before the CFPB, there wasn’t a central place for consumers to go with their financial complaints,” he said. “That made it confusing and difficult, and probably kept people from complaining.”

A public database has been “a powerful mechanism for keeping financial predators accountable to consumers,” said Melissa Stegman, senior policy counsel at the Center for Responsible Lending, a nonprofit based in Durham, N.C. “Pulling the complaints behind a cloak of secrecy would help let unscrupulous companies get away with mistreating consumers.”

Plus, President Donald Trump signed a resolution in November that effectively killed a CFPB-proposed law that would make it easier for consumers to file class-action suits against companies when they believe they have been wronged. Now, consumers often don’t have the ability to sue, because companies include “mandatory arbitration clauses” in their contracts that require them to settle problems out of court, through an arbiter.

The Financial CHOICE Act, which would take away the public database, passed in the House in June. It has not yet gone to the Senate for a vote.