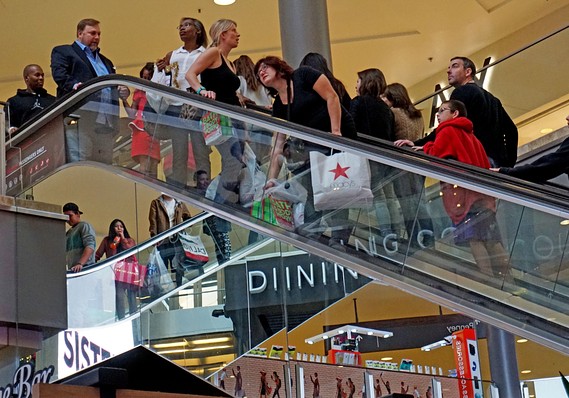 Sandy Huffaker/Getty Images
Retail sales got a big boost in August from auto purchases, but it was slow going for most retailers.

The numbers: U.S. retail sales got a big boost in August from purchases of new autos and building supplies, but most other stores reported weak or declining receipts in a sign that consumers trimmed spending toward the end of summer. 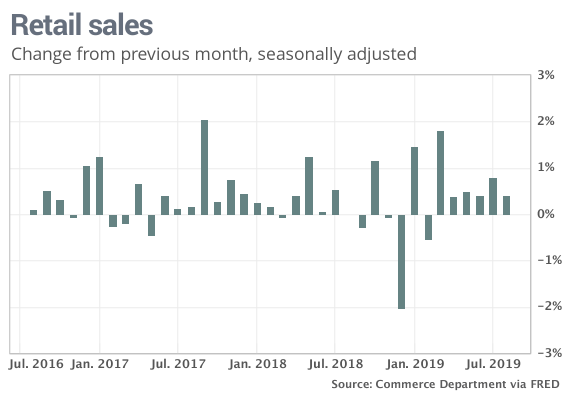 Economists polled by MarketWatch had forecast a small 0.1% increase in sales after a big 0.8% increase in July spurred in part by Amazon /zigman2/quotes/210331248/composite AMZN +0.24%  Prime Day.

What happened: Sales jumped 1.8% at auto dealers to mark the biggest gain in five months.

The relatively robust level of car sales suggest consumers are still confident in the economy. Purchases of big-ticket items usually wane when the economy slows or Americans become worried about their jobs.

Internet stores evidently suffered little letdown after a burst of sales in July when Amazon held its annual Prime Day and rivals tried to keep pace with their own deals.

Sales at gas stations fell almost 1% in August as the summer driving season came to a close, but that’s a good thing for consumers. The less they have to spend on gas, the more they can save or spend on other goods and services.

Other retailers did not fare as well. Restaurants, department stores and clothing retailers also posted sales declines of around 1%. And sales dipped at groceries and home-furnishing stores.

Big picture: The economy has slowed in 2019 partly because of the trade war with China and its depressing effects on the rest of the world. Consumers are the ones keeping the good times going, buoyed by rising incomes and the lowest unemployment rate in 50 years.

Spending soared in the spring and it was fairly strong overall in the first two months of the third quarter. The economy is still growing around 2% and there’s little sign of imminent recession — assuming the trade war doesn’t get any worse.

Read: U.S. consumers are far from spent and that’s a lifesaver for a wobbly economy

What they are saying? “After an exceptionally strong reading in July, sales growth slowed markedly in the past month, but still came in at a solid clip that is consistent with moderate economic growth,” said Jim Baird, chief investment officer at Plante Moran Financial Advisors.

“The slowdown in retail sales for August was expected after the stronger gains in July,” said Nationwide Chief Economist David Berson.

Market reaction: The Dow Jones Industrial Average /zigman2/quotes/210598065/realtime DJIA +2.05% and S&P 500 /zigman2/quotes/210599714/realtime SPX +1.36% were mixed in Friday trades. Stocks have been rising in anticipation of the Fed cutting interest rates. Talk of a potential truce of sorts in the U.S.-China trade war has also helped.