But the index did record its highest intraday level, at 7,129.83, as the pound continued to suffer at three-decade lows. See: FTSE 100 notches intraday high as pound punishment persists

“Uncertainty as to whether the lower pound really is a net positive for the U.K. economy meant the new record was unsustainable,” said Jasper Lawler, market analyst at CMC Markets, said in a note. “An exchange-rate shock is not a very stable basis for record high stock prices. The pound has been under sustained pressure so the inevitable relief rally could wipe out recent stock market gains.”

But among Tuesday’s top movers was Burberry Group PLC /zigman2/quotes/205386705/delayed UK:BRBY -1.96%  as it booked a 2.5% gain, rising alongside other European luxury shares after France’s LVMH Moët Hennessy Louis Vuitton SE /zigman2/quotes/201350549/delayed FR:MC -1.46%  said strength in its Asia business contributed to a rise in nine-month revenue.

As well, U.K. sales rose 1.3% in September from the year-earlier period, according to data from the British Retail Consortium and KPMG on Tuesday.

“September saw the consumer confidence index restored to levels seen before the EU referendum in June which did translate into a willingness to spend on bigger ticket items,” said BRC Chief Executive Helen Dickinson, in a statement.

But there is ongoing volatility in retail spending, it said, “reflecting “longer- term economic headwinds as retailers begin to seek to mitigate the impact of higher import costs due to the fall in the value of the pound.”

Export cheer: The blue-chip benchmark has been approaching all-time highs in recent sessions as multinationals benefit from a continuing slide in the pound /zigman2/quotes/210561263/realtime/sampled GBPUSD +0.1626% . The FTSE 100 is heavily weighted to multinationals, such as miners, that have large overseas sales.

The pound fell again on Tuesday—buying $1.200 from $1.2348 late Monday—as investors continue to worry that Britain’s exit from the European Union will mean leaving the bloc’s single market.

The U.K. Treasury could lose up to £66 billion ($81 billion) a year in tax revenue and the country’s gross domestic product could be cut by as much as 9.5% if Britain were to opt for a so-called “hard Brexit,” according to leaked government papers cited in media reports .

Those moves came as oil prices /zigman2/quotes/209727031/delayed CLX26 0.00%   fell after the International Energy Agency said OPEC boosted its output by to a record 33.64 million barrels a day in September. 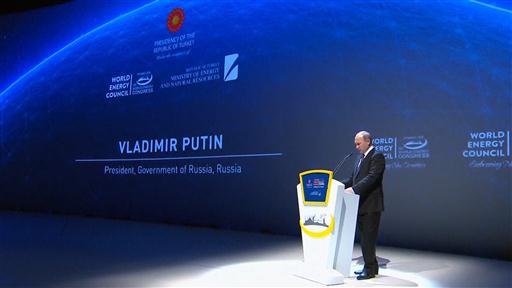 Russian President Vladimir Putin will support international efforts by the Organization of the Petroleum Exporting Countries to limit oil production, he said at an energy conference in Istanbul.