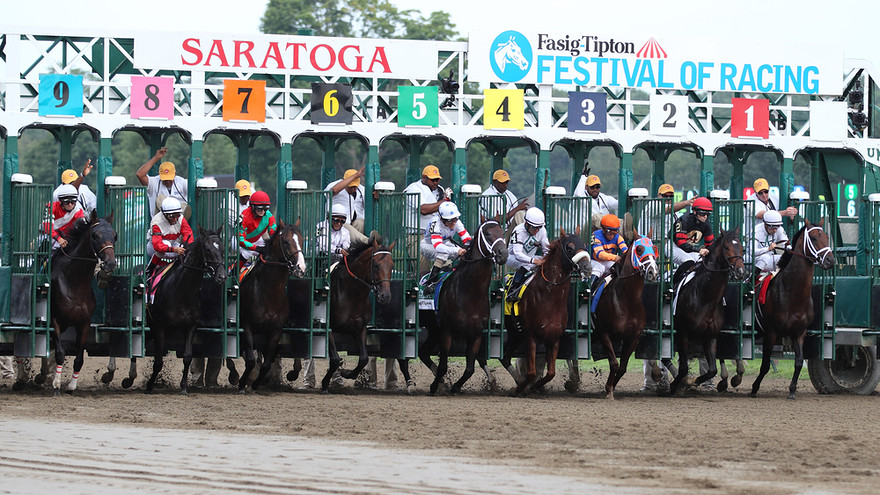 Dennis W. Donohue/Shutterstock.com
The field leaves the gate at the start of the Whitney Invitational in Saratoga Springs.

Every summer, thousands of people head to Saratoga Springs for horse racing. But the historic city derives its name, and a lot of its charm, from its many hot springs and spas. It also is well-known for arts and shopping, says Annamaria Bellantoni, the vice president of tourism for the Saratoga County Chamber of Commerce. The Saratoga Performing Arts Center regularly hosts the New York City Ballet and The Philadelphia Orchestra, along with rock and pop concerts, jazz, opera and the annual Saratoga Wine & Food Festival.

The Beekman Street Arts District serves up a mix of galleries, an artist co-op, bistros and coffee shops. Skidmore College is home to the Arthur Zankel Music Center and the Frances Young Tang Teaching Museum and Art Gallery. Other cultural assets include outdoor summer performances by the Saratoga Shakespeare Company in Commerce Park and a great public library system, Bellantoni says. And foodies can take their pick of more than 100 restaurants--some run by top chefs who come to town to escape the hustle and bustle of New York City.

Active retirees can find plenty to do. “It’s a very walkable city with nice wide streets and sidewalks, as well as trails for biking,” Bellantoni says. “You can definitely stay active here even in the winter, with cross-country skiing and snowshoeing.” The 2,000-acre Saratoga Spa State Park is a National Historic Landmark known for its mineral springs, classical architecture, the National Museum of Dance and an 18-hole championship golf course. Saratoga National Historic Park, the site of a turning-point battle in the American Revolution, also offers beautiful views and bountiful wildlife.

Saratoga Springs is a relatively expensive community, with a cost of living 26.6% higher than the national average. And the town can sometimes feel overrun by summer tourists, say experts. But the town’s popularity also means retirees have access to more amenities: Saratoga Hospital, for example, offers an oncology center, along with doctors in more than 40 specialties, 18 satellite locations and urgent care. An international airport is a half-hour away in Albany. New York City, Boston and Montreal are all within a 3½ hour drive.