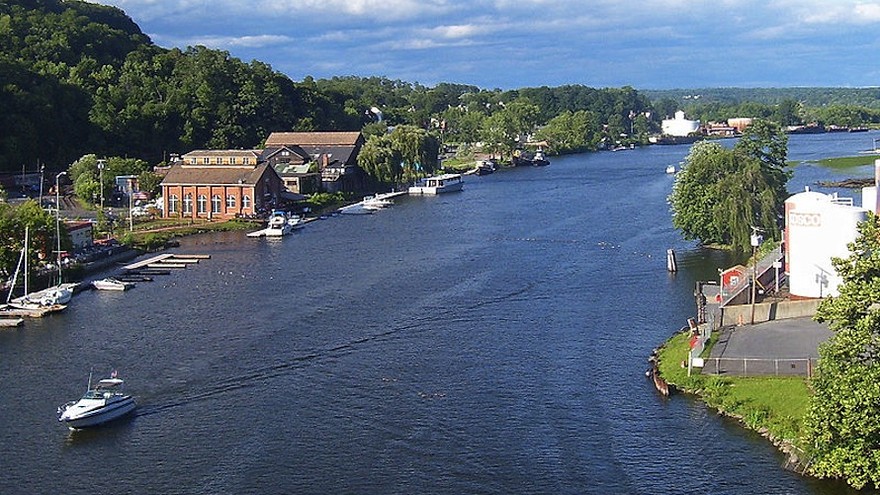 Daniel Case at the English language Wikipedia
Rondout Creek just before it meets the Hudson River in Kingston.

In colonial times, Kingston was New York’s capital; today, it’s better known as “The Gateway to the Catskills,” a reference to the nearby mountain range that’s popular among both retirees and vacationers. While property taxes are high in town, its cost of living and home prices are more reasonable than in many other places in the scenic Hudson River valley, and Kingston has become a haven for artists who plan to keep creating in what others consider retirement years.

Deborah Mills Thackery was looking for a more affordable place with a thriving artist community when she and her husband fell in love with Kingston. “We’re surrounded by artists, composers, playwrights, musicians and music producers,” she says. “Somebody said once, New York City got too expensive [and] all the artists moved out of the west side of Manhattan and up the west side of the Hudson River.” Since moving here in 2012, she has been able to leave behind freelance work as a graphic designer to pursue photography full-time. She and husband Tom easily have space for her studio and his home office in an over 3,000-square-foot colonial-style home built in 1874. The home cost just over $250,000 in 2012, about one fifth the price of a similar house in her hometown of San Jose at the time, Deborah says.

New York City is less than two hours away by Amtrak: The train ride offers stunning views and makes the city easily accessible for day-trips. But living in a community with so many creative people means plenty of cultural activities close to home, including such eclectic events as the Kingston Artist Soap Box Derby in August and Cinder Claus Day, a quirky holiday parade with costumes, puppets and craft activities for children. Kingston also has a vibrant restaurant scene, movies and concerts at the Ulster Performing Arts Center, plenty of festivals, Hudson River boating and the Hudson Valley Mall, says Chalet Wenzel, a broker at Lake Katrine, N.Y.-based Sophie Sirpanlis Real Estate.

The town has several full-service hospitals, and Albany International Airport is less than an hour’s drive away.