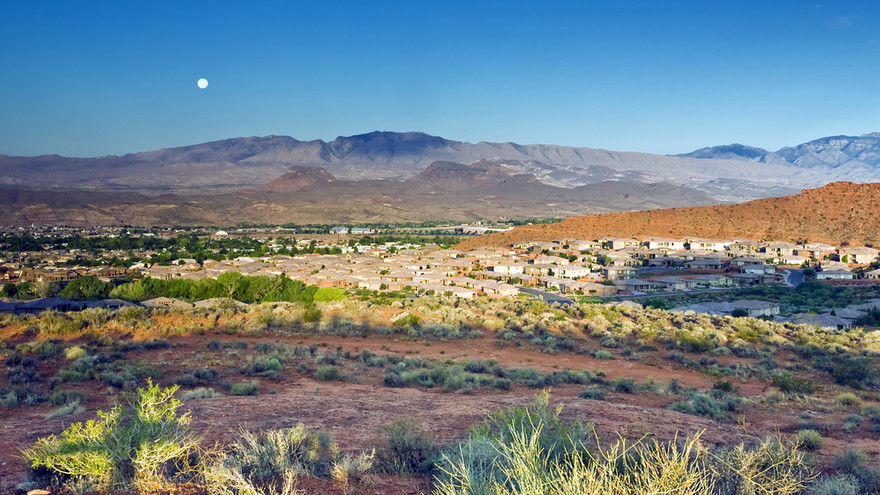 With its 300 days of sunshine per year and a red-rock, cliff-filled landscape, this southwestern Utah city may have the most in common with Arizona of any place in the state. St. George offers world-class hiking, but its big appeal to retirees is its repute as “Utah’s golf capital.” Best of all since 2012, its cost of living has actually gone down from 6.1% to just 1.9% above the national average. St. George also is known for its safety and friendliness, says Marc Mortensen, the assistant to the city manager of St. George. “People here are very welcoming, and sometimes it surprises people from other places,” he adds.

Golfers like St. George not just for the quality and affordability of its courses but also for the chance to tee off on brilliant red rocks year round. Located next to San Hallow State Park, the 27 holes at Sand Hallow Resort, a luxury community in neighboring Hurricane, Utah, are particularly known for stunning views, Mr. Mortensen says. The area also has 10 top-notch public courses, and Golf Digest ranked the 7,200-yard championship Ledges course one of the best new public golf courses in the nation.

St. George residents have many choices for hiking including Zion National Park, one of the area’s top tourist attractions, and only a few hours away, Bryce Canyon and Grand Canyon National Park. Because of its varied terrain, the community is also known for its cycling and mountain-biking. St. George has gained a reputation lately as Utah’s pickleball capital, too, with over 35 lit courts, and state and national tournaments held here, Mortensen says. The Huntsman World Senior Games, an annual athletic competition which includes race-walking, bowling and mountain biking, attracts more than 10,000 senior participants and spectators. “This is an active retirement community,” Mortensen says.

Visitors to St. George may note the gleaming white Latter Day Saints temple, built in 1877, in the center of town, and only three state-run stores sell wine and alcohol. But the community does have some noteworthy cultural offerings including the St. George Art Museum for visual arts and the 1,920-seat Tuacahn Amphitheatre, which often hosts traveling Broadway plays. Less than a 20-minute drive, the Kayenta community in Ivins, Utah, is nationally renowned as an artists’ enclave and attracts about 6,000 people to its annual Art in Kayenta Festival in October. In 2011, a brand new municipal airport opened with four daily flights to Salt Lake City and two to Denver. A few hospitals are in town, including the Dixie Regional Medical Center. For direct flights, specialty health care, shopping and restaurants, Las Vegas is just two hours away.