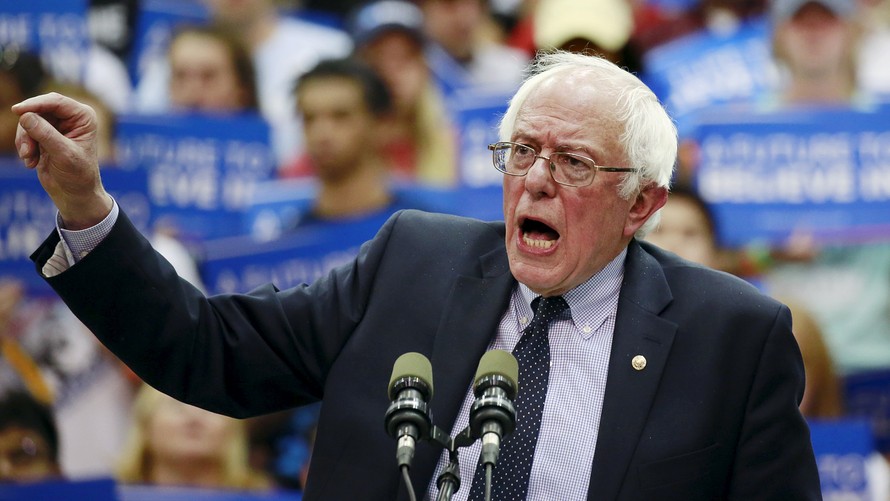 Free college benefits some students more than others and it’s probably not the ones you think, a new analysis suggests.

Families from the top half of the income distribution would reap 24% more than their less-wealthy peers, under a free college plan like the one Democratic presidential candidate Sen. Bernie Sanders is proposing, according to an analysis published this week on the Brookings Institution website by Matthew Chingos, a senior fellow at the Urban Institute. Both are Washington, D.C.-based nonpartisan think tanks. 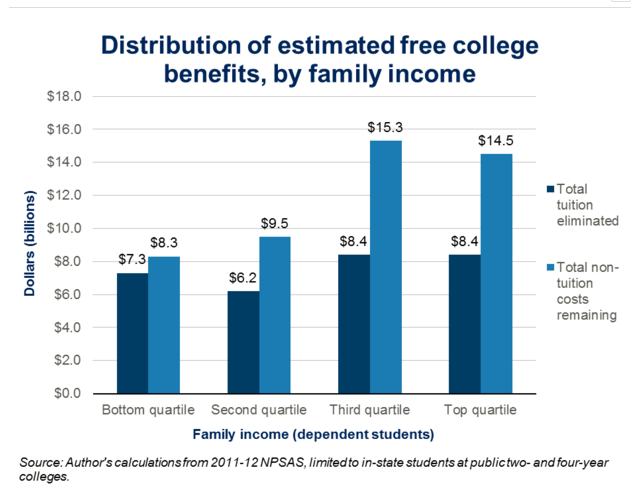 Matthew Chings/Brookings
Wealthier students would get a larger subsidy under a free college plan than low-income students, an analysis finds.

That’s because wealthier students are more likely to attend more expensive in-state public colleges, such as their four-year flagship schools, Chingos found. Eliminating tuition would result in an aggregate $16.8 billion boon to this group, compared to a $13.5 billion subsidy to their less-wealthy peers. Chingos’s findings are based on an analysis of government data on students who attend in-state public colleges.

Chingos acknowledges that his analysis is just a first pass at running the numbers on a free college plan, but he noted in an interview that it “highlights the implicit tradeoffs” that come with making college free for everyone. These may include less targeted aid to low-income students to cover living expenses, Chingos said. Housing, books, food and other non-tuition costs can be a huge barrier for low-income students in college because scholarships and other aid often cover the cost of schooling itself.

Hillary Clinton has tried to emphasize those tradeoffs on the campaign trail, by noting that under Sanders’s plan, even the children of wealthy parents like Donald Trump would be able to attend college without paying tuition. Her plan involves a state and federal partnership that would encourage public schools to make college -- including living expenses -- debt-free for all students . Students who could afford college without taking on debt would end up paying for school under her plan.

Sanders has acknowledged that students from wealthy families would be able to reap the benefit of his free college plan. He argued at a debate in March that access to a college education should be a right, just like free K-12 schooling is now. Sanders wants to pay for his plan by raising taxes on certain types of financial actors. He noted at the debate that in his administration wealthy families would end up paying more for much of the services he plans to provide because he would raise taxes on this group.

Chingos said his analysis doesn’t take into account any behavioral changes that could come from eliminating tuition. “It’s important to acknowledge that these numbers don’t tell the whole story,” he said. “If we make college free hopefully that’s going to bring more low-income kids to colleges, but it’s also going to make public colleges more appealing to high-income kids.”

Given that wealthier students often have a leg up in the kinds of things that help make a good college application — SAT tutors, access to a variety of extracurriculars, essay coaches etc. — a plan that encourages more of these students to attend public colleges could result in the elite, flagship schools filling up with wealthy students, Chingos said.

“If space were unlimited, then I’d probably expect to see more low-income kids overall,” at public colleges, particularly elite schools, he said. “But we know that space is limited.”